Joe Navarro on the Worst Espionage Breach in US History

Joe Navarro talks to Alexander “The Engineer” Lim, host of AuthorStory by alvinwriter.com about his book, Three Minutes to Doomsday: An Agent, a Traitor and the Worst Espionage Breach in US History.

“You don’t have a responsibility to be victimized at any time.” ~Joe Navarro 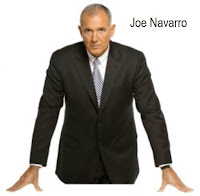 Joe and his parents were refugees from Cuba, and he grew up in Miami. He spent twenty-five years in the FBI working for counterintelligence and is presently sharing his insights in human behavior, and notes that, as an immigrant kid growing up, he needed to hone his skills at reading nonverbal cues because he initially didn’t know any English, which he further honed as he entered the FBI. Joe has written other books, but when he realized what was going on with Russia and current events he decided to write Three Minutes to Doomsday, as he pointed out that the present crop of leaders in Russia today were grown in the KGB during the Cold War and apparently still maintain their attitude of the West being “the enemy.”

Joe remarks that “war by other means” is a tactic which is familiar with those in counterintelligence, which deals with identifying and countering the efforts of enemies to gather information that has a benefit of tactical or strategic purpose - the definition of “intelligence” - to the United States. He notes that those who would release sensitive information aren’t necessarily spies, and that whether or not people like Julian Assange are spies should be determined by the courts. Joe notes that FBI agents are essentially paid by the public to become paid observers for criminal activity and decipher the information which could lead to prosecutions.

Joe remarked that it took him, on the average, two or three days to prepare for his interviews with Ramsay, and the interviews lasted anywhere between two to twelve hours. Joe had to play this very carefully, as he couldn’t afford to make a single mistake and Ramsay had genius-level IQ with photographic memory and could talk on a lot of topics and, even more importantly, was not under custody and could thus bolt at any time. Joe points out that Ramsay was just one of many different personality types that he encountered over the course of his career, and he points out that the information that Ramsay passed to the Soviet Union not only included a large quantity of documents but which, if war broke out between the Soviets and the West, would have caused hundreds of thousands of Western casualties and would have enabled the Soviets to gain a swift victory. Joe also remarked that, after the damage assessment was done, the breach was so significant that this was the only time in American history that such potential damage could have been inflicted. 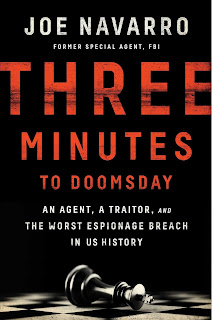 Joe notes that the question of whom to trust, where sensitive information is concerned, has been around since ancient times. Joe notes that people who would do great harm, in the form of leaking sensitive information to the enemy is concerned, won’t be easily spotted, pointing out that mass murderers have functioned in the societies they lived in and that, when their identities were revealed, the people around them were caught by surprise. Joe also points out that the Internet has made handling sensitive information more challenging as, prior to the Internet, it was relatively easy to keep people away with locked doors and patrols, whereas, at the moment, someone with know-how can hack into a computer to stalk a person or to down a nation’s entire system, such as traffic or emergency services.

Where individual security is concerned, Joe remarks that one should take whatever security measures are necessary to protect oneself, or pretend that there are no threats out in the world.

Purchase from Amazon: Three Minutes to Doomsday: An Agent, a Traitor and the Worst Espionage Breach in US History by Joe Navarro

Posted by alvinwriters at 12:27 AM