Ian Roberts: How to Make Noises & Influence People - The Wonders of Language

Ian Roberts talks to Alexander “The Engineer” Lim, host of AuthorStory by alvinwriter.com about his book, The Wonders of Language or How to Make Noises and Influence People.

“We are mostly very unaware of the complexity and the potential of language.” ~Ian Roberts 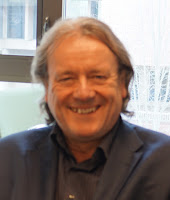 Ian is presently a professor of linguistics in Cambridge University in England since 2000, and prior to that he taught in Geneva, Germany and Wales. The inspiration for his book actually came from his then-seventeen-year-old son, who had taken a course in English language that he really liked and thought about continuing on studying that after his graduation from high school. His son suggested that he write a book on linguistics “for people like me,” and while Ian initially just laughed it off the seed was nevertheless planted, and he then wrote The Wonders of Language, which focuses on verbal communication.

The Wonders of Language is intended for a general audience and gives an understandable introduction to all the ideas that linguists have speculated about or worked on, where language is concerned, to date. Ian admitted that writing in such a way that the concepts were accessible without “dumbing down” the ideas was challenging, giving the example of the chapter on semantics - meaning - being one of the more challenging ones.

Ian remarks that language has most likely been around since humans walked the Earth, but because language leaves no fossils, it is difficult to date exactly when language started, although the figure of language starting around 100,000 years ago is a generally accepted estimate. Ian also notes that other human species, such as the Neanderthals, might have had a language of their own, but due to lack of records such will remain speculation.

Ian remarks that languages are being created all the time, and by human babies and toddlers, as they always invent their own languages all the time. For adults to learn a language, Ian recommends immersing oneself totally in the language after getting the basics, and avoiding using one’s own native language during that immersion.

Ian remarks that there is a debate about how language creates the reality of a people, but opines that language channels, but not constrains, one’s thinking, as it is so open-ended that it enables people to create new ideas. He also notes that the main purpose of language might be to influence others, but also serves other purposes, such as to help people organize things for themselves.

Ian has two favorite concepts in the book, one which is how to find lost languages and the other is about how to learn and lose a language, with the latter being how babies learn languages. Where dead languages - languages which are no longer spoken - are concerned, Ian notes that there are two kinds: one for which written records exist, and the second being where no written records exist. Figuring out how the words are pronounced is a challenge, and Ian remarks that there is a technique where dead languages can be iterated based on the languages that were descended from that dead language, as the forms of the dead language can be inferred from its existing descendants.

Ian remarks that the present form of English sprang from the Anglo-Saxons, and the first texts were noted in around 700 A.D. Because a part of English was brought to England from northern Europe, it is related to German, which is descended from a language called “proto-Germanic,” which is also the ancestor of other languages such as Dutch and Scandinavian. Proto-Germanic, in turn, is related to Latin, ancient Greek and Sanskrit and other Indian languages, as all of these languages sprang from a language called “Indo-European,” which existed around five to eight thousand years ago; and as no written records exist of either proto-Germanic and Indo-European, it has to be noted that such time estimates of when these were spoken aren’t accurate. 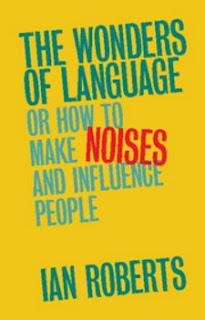 While Ian notes that getting a map of the relationships amongst the languages of the world is a task too huge for one person, he does note that a study is ongoing which can be accessed at the World Atlas of Language Structures, which can be searched using “WALS.” Ian also remarks that, at present, the study covers 2,000 languages, which is around a third of all the languages presently being spoken in the world today.

Ian remarks that general readers will be attracted to The Wonders of Language because it is short and gives a quick and easy way to get a handle on some topics. He also noted that he is presently thinking of writing, with some colleagues, a book describing the sixty most important languages in world history.

Purchase from Amazon: The Wonders of Language or How to Make Noises and Influence People by Ian Roberts.

Email ThisBlogThis!Share to TwitterShare to FacebookShare to Pinterest
Labels: alvinwriter.com, author interview, AuthorStory, being an author, books, Ian Roberts, inspiring story, Language, The Wonders of Language or How to Make Noises and Influence People, writing inspiration