Royston Guest on Building and Growing a Business

Royston Guest talks to Alexander “The Engineer” Lim, host of AuthorStory by alvinwriter.com about his book, Built to Grow: How to Deliver Accelerated, Sustained and Profitable Business Growth.

“There are no crowds lining the extra mile.” ~Royston Guest 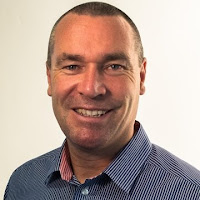 Royston left school at the age of sixteen to get into an apprenticeship program that led him to leading a construction project at the age of nineteen, and in addition to all the skills he learned, Royston also got into visioning and planning for the future. He was then involved in several projects in the United States before getting involved in mergers and acquisitions in the United Kingdom, which was where he came from. It was when he received a check for USD 100,000 that he got the idea to use the money to create a consultancy niche business that would enable others to grow their businesses, and it was from there that Pti Worldwide was created. Pti helps grow businesses as well as does people development in the form of leadership training and sales transformation.

Built to Grow uses a model developed by Royston and Pti to grow businesses, and while some research and development is done where developing the model is concerned, the model was also developed through real-world, practical trial and error, which makes the model a very practical one from the standpoint of business building. This thus makes the book a valuable read for business owners as well as those who run businesses, as the model within works in the real world, regardless of business, in addition to being an all-encompassing methodology that covers all of the facets of running a business that will endure. Royston wrote it after being told several times to write a book that would encompass all of the practical ideas and methodologies he and his company created, and after realizing that he and Pti Worldwide could only reach so many people directly, hence the book’s being designed to reach far more people throughout the world.

Royston’s passion is helping businesses grow, and one of the things that enable a business to do that is relevance and how well customers feel they have been treated by the business. Roy then gave an example of a well-known fast food company’s evolution to fulfil the needs of their customers to stay relevant in the market, as well as a well-known toy company’s continued relevance over generations.

Royston notes that the main challenge faced by businesses are their acquisition, maximization, and retention (AMR) strategies, where acquisition refers to getting new customers, maximization refers to making the most of their existing customers and retention refers to minimizing the number of customers who end their relationship with the company - analogous to the front door, the building that the company is in, and the back door, respectively. Royston notes that most companies don’t realize these three parts of customer relationship and don’t create strategies around these, and this is where they run into trouble where expansion is concerned. Roy gave the analogy of a supermarket as an example of a company implementing these strategies where they are concerned. 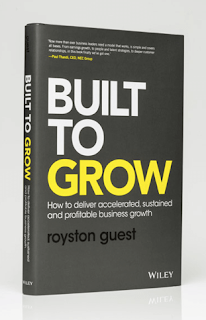 To those who are somewhat struggling with their business, Royston recommends that they get back to the basics of the why, the compelling reason, behind the creation of their business in the first place, as everything else would fall in from there. Royston also points out that it is the people who go the extra mile, business wise, who drive the global economy, and remarks that it is his honor to help these people succeed.

Royston has a Facebook group, as well as a LinkedIn group, under his name, and in these groups, he gives out a lot of information on the various aspects of running and growing a business, including real-world case studies, to those who sign up for these.

Purchase from Amazon: Built to Grow: How to Deliver Accelerated, Sustained and Profitable Business Growth by Royston Guest

Posted by alvinwriters at 3:12 PM