John Agostinelli talks to Alexander “The Engineer” Lim, host of AuthorStory by alvinwriter.com about his book with Chris Michaud, Easy Money and the American Real Estate Ponzi Scheme: From Your Pocket to Theirs, the Insiders' View of the Great Housing Recession, and How It's Happening Again.

“Just because a lender tells you, you can qualify up to a certain maximum doesn’t mean you should spend the maximum.” ~John Agostinelli 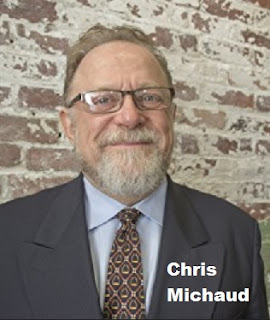 John and Chris have a combined total of some five decades’ worth of experience in the real estate industry, with John starting off in the banking industry then becoming a speculative homes seller, and when the market began declining in 2005 he began soliciting banks for an increasing foreclosure inventory, selling lots of foreclosed properties. It was then that he noticed the disconnect between what the media was reporting about the 2008 real estate bubble collapse and what the reasons were, based on John being an insider and as a man in the field, and this was the main reason for his writing Easy Money with Chris, to reveal the real reasons to the public. Chris, for his part, was the president-elect of the Maine Association of Realtors as well as owned several offices and a real estate broker in three states.

Easy Money talks about the true factors behind the 2008 real estate bubble, such as poor government housing policy, the Community Reinvestment Act and the Federal Reserve rate manipulation, among others, as well about the factors that helped cause it which still exist today, such as lax underwriting standards. The “artificiality” of the ease with which individuals can get houses is what is referred to as the "Ponzi" scheme in the title. 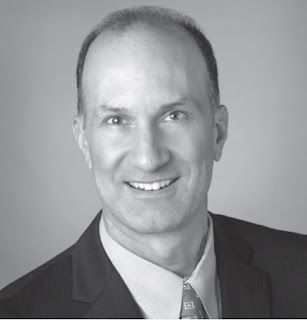 John noted that real estate operates in cycles of around eighteen years, and what made the 2008 crisis was that the amplitude was a lot greater than it had been in the past, resulting in a high peak that was beyond what would have been typical and a corresponding deeper trough, while the market is presently on the rise, to peak at 2020. Real estate prices are market-driven and follow the rules of basic supply-and-demand economics, with the increases to the peaks “feeding themselves.” That said, John points out that he talks about the market on a national basis, that the actual position of the market on the cycle can differ from place to place and that even a lot of people in the industry aren’t aware of these cycles.

John and Chris hope to educate homebuyers with the book, and where individuals are concerned, John noted that some people, when they realize they are in mortgage debt to an amount greater than that which their property is worth, no longer pay off their mortgages, which increases the number of defaults. He also noted that, if government figures are believed, real estate appreciation is just 0.3% greater than that of the inflation rate, and that government housing policy is a great driver for the exaggeration of peaks and troughs. John also remarked that, the more money that is put down on a mortgage, the less likely that person is to default, and that he and his fellow brokers are concerned about the 57% allowable debt-to-income ratios of would-be homeowners, the requirement of 3.5% down payment and those with credit scores as low as 580 to apply to buy houses, as individuals with these characteristics are unlikely to be able to afford a house.

To individuals, John advises becoming knowledgeable about real estate and the issues around it. Both John and Chris advise their clients to shoot for a maximum of 80% of what the banks say one can afford, to allow for a cushion if such things as emergencies, such as a reduction in work hours or some sort of immediate repair, come up. John also advises that people don’t “keep up with the Joneses” unless they can well and truly afford it, and in John’s opinion people get something that they can’t really afford because of the present mentality of “everyone deserves a trophy.”

Purchase from Amazon: Easy Money and the American Real Estate Ponzi Scheme: From Your Pocket to Theirs, the Insiders' View of the Great Housing Recession, and How It's Happening Again by John Agostinelli and Chris Michaud