Kiyoshi Shimada: The Essence of Buddha by Ryuho Okawa of Happy Science

Kiyoshi "Keith" Shimada talks to Alexander “The Engineer” Lim, host of AuthorStory by alvinwriter.com about Master Ryuho Okawa’s book, The Essence of Buddha: The Path to Enlightenment.

“You are using only ten percent of your total energy.” ~Kiyoshi "Keith" Shimada 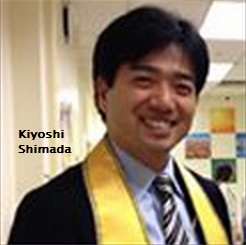 Keith has been involved with the Happy Science movement since 2003, and is presently involved with its North American operations. Happy Science itself, which was founded in 1986, originated in Japan but now has a presence in over a hundred countries around the world, and Master Ryuho Okawa, its founder, has published over two thousand books and has given two thousand five hundred lectures to date, based on teachings from such figures as Jesus, Moses as well as other teachers.

The Essence of Buddha is essentially a guidebook on Buddhism, not only giving an introduction to Buddhism but also covers various topics related to Buddhism. The individual who is presently known as the Buddha was born Siddharta Gautama, originally from a place in what is present-day Nepal some 2,600 years ago. He traveled to present-day India where he made his teachings well-known after forty years of travel, and his teachings then spread throughout the world. Although there are presently two different forms of Buddhism - Mahayana Buddhism, which is practiced in Japan, China and Korea, and which has reincarnation as one of its tenets; and Theravada Buddhism, which is practiced in Sri Lanka, Thailand and India, whose followers follow exactly what the Buddha taught, and which doesn’t have reincarnation as one of its tenets - there are also various sects within these two branches.

One of the concepts covered is the Eightfold Path, which consists of:


Keith pointed out that the Eightfold Path is related more about focus on thoughts, and that meditation is a key aspect of enabling one to live one’s life. During meditation, one must reflect on what one did and thought on things done in the past to guide oneself back to that right path, and Keith points out that one doesn’t have to be a monk to do so, as five to fifteen minutes of reflection are sufficient for the average person.

Enlightenment, according to Keith, is based on one’s purpose in one’s life. The belief is that people reincarnate and, when they return to the earth, they choose where and when to be born and who their parents will be as well as what their gender and their occupation will be. A goal is set for that person, and overcoming the hardships experienced during one’s life gives one wisdom, which is what enlightenment is all about. Keith points out that the specifics of enlightenment differ from person to person, but that the effects are the same, giving the analogy of climbing a mountain: there are many paths to the summit, but the end objective, the summit, will be the same, regardless of path taken and the challenges encountered. 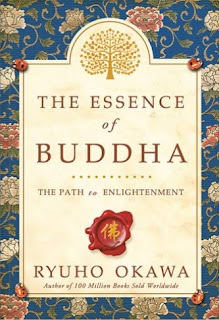 The Six Parameters are focused on the actions one takes during one’s life, and these are:


Keith also mentioned some other tenets of Buddhism - causality and the void - which weren’t covered in the interview, but which are covered in The Essence of Buddha, along with others.

Keith remarked that people don’t use ninety percent of their energy, which is wasted, and that applying the tenets of Buddhism can enable one to access this unused ninety percent of energy, enabling one to improve oneself, expand one’s influence and empower others.

Purchase from Amazon: The Essence of Buddha: The Path to Enlightenment by Master Ryuho Okawa.

Posted by alvinwriters at 3:48 AM