Monica Burch talks to Alexander “The Engineer” Lim, host of AuthorStory by alvinwriter.com about her latest book, Inside ROBOTICS.

“When you work hard at something, you usually become better at it.” ~Monica Burch 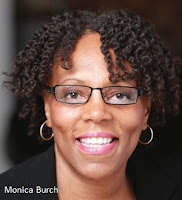 Monica is an electrical engineer who had worked with several companies before deciding to stay home with her kids. She observed that they liked gaming and wanted to teach them some engineering concepts that she liked as an alternative to just playing video games. She discovered Robotix kits shortly after she set up her own company, ConstructU, and has found these to be handy when working with her own kids. She used the kits to work with other kids to teach them the essence of STEM - science, technology, engineering and mathematics - in a way they could easily understand and experiment with. Monica also notes that such early exposure would enable kids to handle such “hard” subjects as Physics when they encounter it later in their studies.

Monica founded ConstructU on the basis of creating a world where kids loved to learn and to create universal thinkers, where kids can learn hands-on, engineering activities as well as to expose them to STEM, as there presently isn’t much around at present to involve children where STEM is concerned. She teaches using Robotix kits that kids could easily incorporate into their lives - build, take apart, rebuild and take their creations home, teaching them, from the inside out, about the various things that would make a robot work and teaching the kids math and science along the way. Monica likes using the Robotix system because kids can relate to such things as toys and bricks to construct something, and because the kids can actually see what works and what doesn’t through a process of hands-on trial and error, enabling to retain what they’ve learned. She considers the kit to be an excellent teaching and learning tool.

Monica wrote Inside ROBOTICS from her realization (after speaking to several people) that a relatively inexpensive means of instruction (other than hiring her) would be useful to a lot of people attempting to teach STEM. The book is intended to be read and used by parents, teachers and just about anyone who would want to introduce kids to STEM. The book and the projects within are easy to follow. She found that writing the various steps involved was the most challenging part of writing for her, and she was thankful that she found people who would check her on this. Writing about the personal stories was both hard and easy, in that telling these were challenging, but their being around to be used by her were easy. 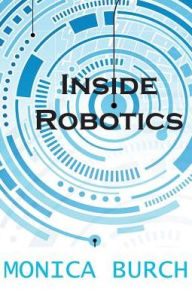 Monica is involved with the Maker Movement and considers her work to be a “Constructor Movement,” which she regards as a subset of the Maker Movement. Continuous learning is something that she believes is important to everyone, as people - particularly kids - essentially need to know what goes on in something in order to make it, with electrical circuits being the example she gave. As her work involves exposing everybody to STEM, she notes that even those without a scientific bent can get some familiarity with it through Robotix, pointing out that she recently held a course on programming which was attended by kids who were more interested in programming than in building things.

To those who would like to teach kids about STEM, Monica would say that the kids who are interested in this may not become engineers or scientists but can find positions in other fields, such as medical technology or even baking, and suggests researching the Internet, particularly the Future Channel, to see a list of professions and careers that are related to STEM.

Purchase from Amazon: Inside ROBOTICS by Engineer Monica Burch.

Posted by alvinwriters at 5:23 PM