Gina Catalano talks to Alexander “The Engineer” Lim, host of AuthorStory by alvinwriter.com about her latest book, Tandem Leadership: How Your #2 Can Make You #1. 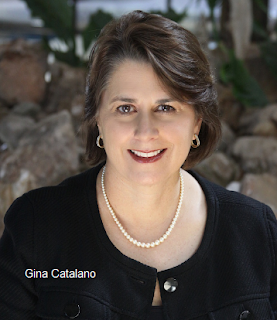 Gina had run a few manufacturing companies before starting her own consulting business, where she noticed that entrepreneurs were brilliant with the product or service they delivered but struggled to build their business team, particularly with people who could do the duties they themselves did. Gina worked with these entrepreneurs, using the principles she learned to scale up their businesses.

The book, Tandem Leadership, was originally intended for entrepreneurs of small companies who are seeking to expand their business, but it turned out to be useful to anyone. It sprang from a comment made to her at a seminar, when someone told her that a book on leadership would help out companies that were struggling with their management team. As one of the reasons she wrote it was to help others whom she couldn’t help out in her consultancy business, Gina had originally created the book in a standard “how to” format. But after some conversations with her editor, she reverted to writing the book in storytelling format, akin to fiction, which was fine with her, since she had always thought of writing a novel. In addition to telling a part of the story and presenting the principles Gina wanted to point out, each chapter has a few questions for the reader to reflect on.

Gina agrees that not much attention is paid to the COO (#2) position where management books and doctrine are concerned and mentions that she originally intended to write Tandem Leadership from the point of view of the #2 organizational leader. She points out that even solopreneurs have key partners or a virtual assistant who acts as their #2 and that, over the course of her career, she has had the opportunity to be both a COO and a CEO. She uses the metaphor of the bicycle to make her point about how much easier the work is when two people are involved.

Gina remarks that, the sooner an entrepreneur thinks about the things that the entrepreneur is doing (which can be passed on to someone who can do the work for a lesser cost than the entrepreneur does), the better, even if hiring someone is still months down the road.
Gina works with entrepreneurs to create the future that appeals to them (such as having more time to be with their children) and which they can look forward to with all the available free time and resources that come with handing off some responsibilities to others and earning more money. 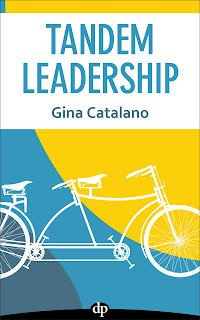 Gina admits that entrepreneurs usually don’t have a picture of what it’s like to have a #2, or what kind of #2 they would have. She remarks that #2s should complement the CEO rather than being just like the CEO (which emphasizes the blind spots both would have) or being the opposite of the CEO (which creates some loopholes). Gina says that CEOs are outwardly focused, while the COO is internally focused, is better at the CEO at some things, such as handling people, and are more interested in getting things done than in getting credit. She recommends that CEOs just tell their COOs what needs to be done and then let the COO to do things by themselves, rather than running close herd on them. Gina recommends that a CEO meets with his or her CEO regularly and effectively, meeting more often and in shorter time spans rather than getting involved in long meetings.

Gina is presently working on her next book, which is intended for #2s, and may also write something regarding succession in family businesses. She also remarks that being open to doing things in a different way, and then sticking with it long enough to master it, will get one further down the road than changing things every so often.

Gina Catalano’s website for her book, Tandem Leadership: How Your #2 Can Make You #1, is tandemleadershipbook.com.

Purchase on Amazon: Tandem Leadership: How Your #2 Can Make You #1 by Gina Catalano

Posted by alvinwriters at 7:14 PM