Cassie Parks on Manifesting Ten Thousand Dollars ($10,000) & What You Want in Life

Cassie Parks talks to Alexander “The Engineer” Lim, host of AuthorStory by alvinwriter.com about his book, Manifest $10,000: Learn How to Manifest $10,000 by Using the Law of Attraction and Improving Your Money Mindset.

“It’s possible to create whatever you want to create.” ~Cassie Parks 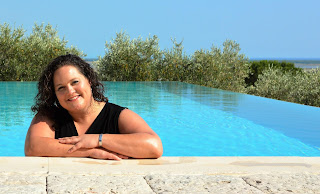 Cassie grew up in a family where her father worked eighty-hour weeks to make the money he did, and not surprisingly, she thus grew up believing that it was hard to make money and that she would never have enough money. While working sixty-hour weeks and spending money on things that she didn’t love just so she could enjoy the feel of spending money, she decided to work on her mindset and used the techniques she would eventually teach in her “Manifest 10k” program to become financially independent, and she now views money as sacred and spends forty hours a day working on coaching, which is something she loves and which, for her, isn’t something she views as hard work.

Manifest $10,000 comes from Cassie’s experience with running her “Manifest 10k” program, where she worked with people to change their money mindset and attract more money into their lives. The book outlines the process that Cassie had been teaching, and she was inspired to write the book from all the results the people who undertook her program actually experienced, to help others who could use the principles within. She chose $10,000 as the target as it is reachable but not overwhelming (compare working for getting $10,000 in 90 days to getting $2,000,000 in 90 days, for example) and which will require people to stretch themselves. Although she doesn’t have exact numbers, Cassie estimates that the average person who takes her program averages $2,500, which is still a substantial amount, although she notes that some of her clients have manifested as much as $100,000. She remarks that the exact amount depends on how much her client had been using the Law of Attraction.

According to Cassie, one’s thoughts and beliefs about money will determine how money is attracted to a person. An unsuccessful mindset consists of such thoughts and beliefs as money being hard to get, “I’m never gonna make it,” “Can’t do this,” and this has an impact on people, in that, even if a person with that mindset can attract a lot of money, something will happen where they will need to spend the money they attracted. A successful money mindset is based on trust, one where one believes that one will always have money, and where one is capable of handling and honoring money. She also notes that self-love is also involved with a successful money mindset, wherein one believes that one is worthy of that money and the life that one wants.

For Cassie, the Law of Attraction is basically that like attracts like; thus, how one comes across to the world determines what is attracted to one, which she remarks is something like the way magnets work. She also notes that there is a neurological aspect to using the Law of Attraction, in that our brains see only that which we want it to see, because the brain can’t process everything, and this creates the filters which either hinder or help us discover opportunities that would enable us to achieve financial independence. She notes that people need to work on the Law of Attraction for more than three or four days to attain permanent results and that our brain works best when given a lot of information, so visualization and feeling are very important when it comes to attaining one’s goals. With regard to goals, Cassie remarks that one shouldn’t just think of manifesting $10,000 but should also be clear on what that money is for, for the process to become truly successful, as people don’t want $10,000 itself but what that money can buy. 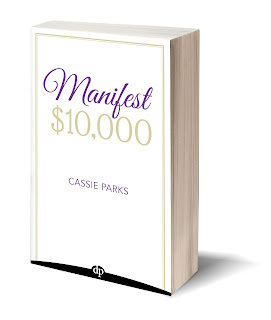 For Cassie, writing the book has enabled her to reflect on the first eighteen months she ran her program and made her present to how much she had come as a coach.

People can register for Cassie’s “Manifest 10k” program at manifest10k.com, and while only $1 is the initial registration fee; the rest is 10% of whatever one manifests.

Cassie Parks’s book, Manifest $10,000: Learn How to Manifest $10,000 by Using the Law of Attraction and Improving Your Money Mindset, can be found on liveyourchampagnelife.com.


Posted by alvinwriters at 6:41 PM