Petter Amundsen talks to Alexander “The Engineer” Lim, host of AuthorStory by alvinwriter.com about his book, Oak Island & the Treasure Map in Shakespeare.

“The search for the Oak Island treasure has been a treasure in itself for me.” ~Petter Amundsen 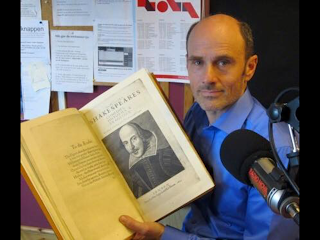 Petter Amundsen is a church pipe organist by profession, and while he admits that may be a strange profession for someone writing a book on hidden treasure, he remarks that his training as an organist is similar to that of a symbologist, as it includes learning about languages and symbols.

Petter’s initial experience with Shakespeare didn’t impress him, but while he came across a story about a cipher on Shakespeare’s gravestone while investigating the stocks and futures markets, he became so fascinated with this that he dropped his investigation into stocks and futures to pursue the cipher angle. He bought a facsimile of Shakespeare’s original folio of thirty-six plays and when he began looking for cryptic patterns, he found several, not only in the original folio of thirty-six plays but also in the original collection of Shakespeare’s sonnets, which translated to a celestial map that could correlate with locations on the ground.

The pattern he found is a square-and-compass celestial pattern that mimics some aspects of some societies such as those of the Masons, and Petter then mentioned features that locked in a source point on the map, such as the star Deneb. Petter then went on to say that, if the original zero meridian of the day was used, one which ran through west of the Canary Islands rather than the modern-day meridian based on Greenwich, that celestial point corresponds to the coast of modern-day Nova Scotia, on Oak Island itself.

Petter noted that the Rosicrucians probably had a hand in the publication of Shakespeare’s portfolio, and notes that the Rosicrucians created patterns in their own publications of the day and invited people to search for these. So for them to place patterns in Shakespeare’s work wouldn’t be far-fetched. Petter theorizes that Shakespeare wasn’t the author of all of his plays, acting more like a “front man” for the speculated actual three authors of the plays attributed to him, pointing out that the children of the man called William Shakespeare were illiterate - something that would be highly unusual for someone who virtually codified the English language.

Petter gave a brief rundown of the official, historical story behind the supposed discovery of the Oak Island Money Pit, remarking on the various layers that the original diggers had discovered as they went deeper down. He then remarked that the people who got involved with finding the supposed treasure in the Money Pit spent or are spending all of their lives attempting to get it. He notes that there are different theories on the exact location of the Money Pit, and that, around the present site, there have been many cave-ins. Petter speculated that a lot of people had to be involved in creating the Money Pit, including slaves and convicts, likely from Spain, selected specifically for a lack of understanding of English in order to maintain secrecy, and, as mining was done in the area at the time, going deep shouldn’t have been a problem for the available technology. 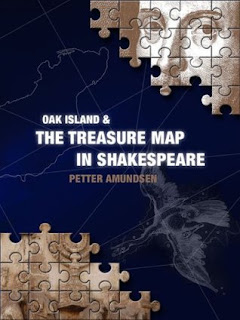 Petter then went into the cross pattern discovered by Fred Nolan, a land surveyor who had the entire island mapped with the help of students during one summer. It was in 1981 when he realized that there were five large boulders, each one weighing at least ten tons. Petter noted how the lengths of the arms were exactly 360 feet distant (with the number 360 being mathematically significant) and that the boulders most likely refer to five of the ten points in the Sephiroth, the Tree of Life, which is a cabalistic symbol - and the Rosicrucians were Christian cabalists. He then went on to say that, when Fred Nolan dug into the ground at the intersection of the paths created by the stones, he found a sandstone block, and Petter himself, during an expedition with Oak Island stakeholders, brothers Rick and Marty Lagina (for the History Channel show, The Curse of Oak Island), found two more stones possibly related to the Sephiroth. Petter hypothesizes that the stones discovered will indicate the X that marks the spot of what he believes is the entrance to the cave complex that holds the treasure.

Petter remarked that the quest for the treasure has been a treasure in itself for him, as he learns something new each time he investigates.

Petter Amundsen’s book, Oak Island & the Treasure Map in Shakespeare, can be found on amazon.com.

Purchase on Amazon: Oak Island & the Treasure Map in Shakespeare by Petter Amundsen

Posted by alvinwriters at 6:04 AM