Andrew Michael Hurley talks to Alexander “The Engineer” Lim, host of AuthorStory by alvinwriter.com about his latest book, The Loney, a horror novel praised by Stephen King.

“It’s really the landscape that came to me first.” ~Andrew Michael Hurley on writing The Loney, a horror novel 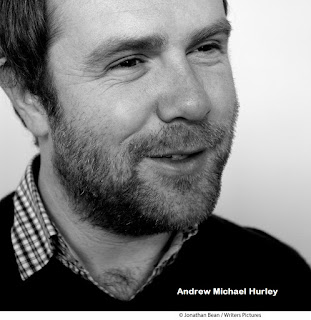 Andrew worked as a librarian and as a teacher of English literature and creative writing. He has been writing all his life, and wanted to write for a living, and had written several short stories prior to writing horror novel, The Loney, which earned him a *Costa Book Award. He mentioned it took him years to write the book. Andrew also remarked that writing his first novel was a big challenge compared to writing short stories, and he admitted that one of the reasons why he wrote the novel was just to see if he could do it. The main conflict that he sees in the book is the clash between Christianity and paganism, and he also notes that he also included the similarities between these two spiritual beliefs as well.

Andrew noted that it was the landscape that helped inspire the book, and it was set on the northwestern coast of England. The area is a lonely place to be in, and Andrew remarks that one could spend twenty minutes traveling by car and still find oneself in an area without people. Andrew wanted to instill the sense of the presence of the place when he visited it prior to writing the book, and he also mentioned that he also wanted to write about faith, given that the northwestern coast of England has a sizable Roman Catholic community and that Andrew, himself, was raised in that faith as a child.

Andrew admits that the final book wasn’t what he originally wanted to write, as his style is organic, in that he allows the characters and the events to grow, and the darkness and the horror of the book thus grew as he wrote the book. Growing the book organically is, for him, part of the thrill of writing, and Andrew notes that he has always been a fan of horror and ghost stories, which, he says, are also based on landscape. Where the characters are concerned, these grew out of the writing, and he attempted to make these characters well-rounded, just like they were real people whom one would meet while walking down the street. 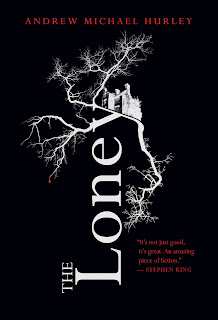 One of the challenges facing Andrew, while he wrote the book, was finding the time to actually write it, as his schedule was busy. He also was challenged where keeping the entire story unified was concerned, as this was a larger undertaking than the short stories he had previously done. While he couldn’t think of the easiest thing where writing the book was concerned, he did say that developing the characters was enjoyable. To those who want to know what happened, Andrew says that he won’t reveal it, as he believes that open-ended stories are the best kind of horror stories, as these stay with the reader for a long time. Andrew remarks that writing the book has allowed him to explore faith and to remember the feelings associated with being a part of a church, as well as to explore his relationship with the landscape.

Andrew is presently finishing off his next novel, which is set on the moorlands, and touches on how the landscape shapes local human culture, and is considering writing a nonfiction book on the relationship between landscape and people. To would-be authors, Andrew suggests that they trust in their own voices and to just keep at it and persevere.

*The Costa Books Award is the premiere book award in Great Britain, and to be given this award is thus a great honor. For Andrew, winning Best Debut Novel and Book of the Year Awards in 2016 might have been gratifying, but it also felt strange and surreal as well.

Purchase on Amazon: The Loney, a horror novel by Andrew Michael Hurley, Costa Book Awards Winner for Best Debut Novel and Book of the Year at the British Book Industry Awards 2016

Posted by alvinwriters at 4:34 AM