Ron Cooper on The Gospel of The Twin (Novel) What if Jesus Had a Twin?

Ron Cooper talks to Alexander “The Engineer” Lim, host of AuthorStory by alvinwriter.com about his latest book, The Gospel of the Twin.

I think there’s a great deal people, Christians or otherwise, who can learn from studying early Christian history. ~Ron Cooper 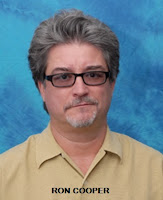 Ron didn’t really get interested in Jesus and Christianity until, ironically enough, he “left religion” while in college, after which he looked at these subjects from a more objective, rather than religiously subjective, viewpoint. He had thought of becoming a poet, and went on to get postgraduate degrees in philosophy from various universities. He had some ideas for novels over the years, and finally produced his first novel in 2007. He hasn’t stopped writing novels since then, as The Gospel of the Twin is his third novel and he presently has a fourth one on the way.

Ron had been fascinated with Jewish history and early Christian history, and points out that there were many different groups, rather than the single, homogeneous religion that is presently represented by the Roman Catholic church. Ron believes, based on his research, that many Christians have a “watered down” version of what Jesus was trying to do, pointing out that the socio-political context of Roman occupation, Jewish resistance to acknowledging the polytheistic Roman religions and poverty provide a clearer context in which Jesus worked his ministry. According to Ron, by the time Jesus was born, the Romans had occupied the land for around seven decades or so. Taxation was heavy, at around fifty percent, and young people could be press-ganged to serve in the Roman army, sold into slavery or, alternatively, join a bandit group that roamed the land and preyed on Roman units and upper-class Jews, and this created an atmosphere of fear. The Jewish leadership was seen by the average Jew as collaborators to the Roman occupation.

Ron notes that, while the present-day view of Jesus’ message is that of securing salvation after death, Jesus most likely was thinking about preserving Jewish heritage without going into hiding or becoming bandits or succumbing to the other pressures that the Jews were then facing. Ron also notes that Jesus most likely made no distinctions between his spiritual message and his temporal one.

Where the historical Jesus himself is concerned, Ron points out that there is little by way of information that reveal who he was, particularly since the gospels weren’t written by historians but written, decades after the fact, by people who wanted to deliver a particular message. There are very few non-Biblical sources, and based on all of these, the facts that can be gleaned about the historical Jesus was that he was born into poverty, probably in Nazareth. He grew up in the more rural areas of Palestine, and as the Roman city of Cephalus was being constructed at the time, he probably went with his father, Joseph, to help out in construction work. The Greek sources that tell what Joseph did describe him essentially as an unskilled laborer, and he most probably did masonry more than he did carpentry. Archaeological evidence revealed that there were people from several different cultures who went to Cephalus, and this would have contributed to Jesus having a more cosmopolitan outlook than he might otherwise have gotten. He was also most likely to have been executed by Pontius Pilate, who historically governed the area from 26 - 36 CE. The historical Jesus was also most likely opposed to violence.

Where Jesus’ work was concerned, Ron remarks that, central to this was egalitarianism, wherein everybody was equal, regardless of situation. The most destitute (according to the Greek word used to describe some of Jesus’ followers) and lepers (who were outcasts in the time period) were as welcome as tax collectors (who were hated by the average Jew because these were seen as Roman tattletales and thus traitors to the Jews), with men and women interacting freely together (which wasn’t done at that time). His ministry would have been influenced by the need to get people to think of salvation when those same people would be wondering where their next meal would come from. Ron notes that it’s likely that Jesus didn’t have everything figured out, and that he most likely created things on the fly, on occasion. Ron also notes that, for around two decades after his death, a small movement was maintained by his close associates in Jerusalem, a movement that didn’t explode until Paul entered the scene. 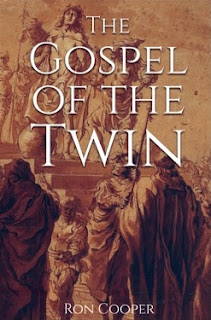 Where Jesus’ family is concerned, Ron notes that the New Testament names four brothers, and that his family was most likely Nazarenes. Ron also remarks that the Gospel of Thomas, which came out at around the same time as the New Testament gospels, was claimed to be written by Judas Didymos Thomas, with “Didymos” being the Greek word for “twin” and “Thomas” being the Aramaic word for “twin” and Judas being the name of one of Jesus’ brothers in the New Testament, and this attribution was what made certain early Christians believe that Jesus had a twin brother. Ron remarks that there was a certain amount of secrecy noted in that Gospel, and that this aura of secrecy could have played a part in piquing other people’s curiosity about Jesus’ message.

For his part, Ron wrote The Gospel of the Twin from the point of view of Thomas, Jesus’ supposed twin brother, to tell the story of how Thomas struggled to reconcile what he knew of Jesus against what others said Jesus was, and to reconcile, as well, the enigma that was his twin brother. Ron’s own challenge was getting in the mindset of a first-century peasant, which is far removed from the modern lifestyle.

Ron Cooper’s website for his book, The Gospel of the Twin, is roncooper.org and the book can also be found on the Bancroft Press website.

Purchase on Amazon: The Gospel of the Twin, by Ron Cooper

Posted by alvinwriters at 5:43 AM

Email ThisBlogThis!Share to TwitterShare to FacebookShare to Pinterest
Labels: alvinwriter.com, author interview, AuthorStory, being an author, books, inspiring story, Jesus, Ron Cooper, The Gospel of the Twin, Thomas, What if Jesus had a twin?, writing inspiration