Monica Wood on Her Book, The One-in-a-Million Boy

Monica Wood talks to Alexander “The Engineer” Lim, host of AuthorStory by alvinwriter.com about her book, The One-in-a-Million Boy.

“I just want the reader to feel as if he or she has left his or her own life for a little while and truly experienced someone else’s life.” ~Monica Wood 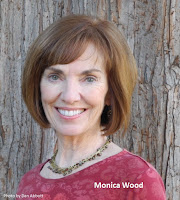 Monica grew up in a small, yet multicultural town. She was introduced to writing by an older sister who was also an English teacher, which was also the first time Monica realized that there were such people as writers. Monica wrote a lot of primarily fictional stories after that, but it was only when she was thirty-nine that she finally published her first book, and she has been publishing her works since then. The One-in-a-Million Boy is her fifth novel, and she has also written for magazines, has brought out a book series intended to help writers and has also written a play.

Monica remarked that The One-in-a-Million Boy was “ready-made” and that she drew inspiration for Ona Viktus, the centenarian lead character of the book, from the elderly Lithuanian people she had encountered while growing up, as well as an elderly lady who became her friend when Monica was renting a room in the lady’s house. With regard to the other characters, Monica created them out of bits and pieces of various people she knew, heard or observed and admits that the character of the Boy was drawn somewhat from herself, as both she and the Boy share a love of lists, for one thing. Monica decided not to reveal the Boy’s name because doing so wouldn’t “feel right.” Although the book is set in Portland, Maine, Monica remarks that there seems to be some universality to the story, as it is being simultaneously released in such nations as South Korea, Italy, Turkey and Brazil. 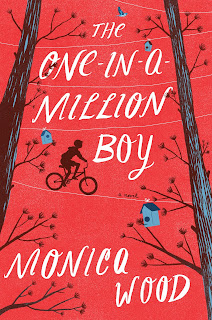 The story is emotional, but Monica managed to keep the novel from becoming overly sentimental by creating imagery that people could see, enabling the readers to understand the characters while avoiding sentimentality. Writing is a craft for Monica, and she commented that it takes her a long time to write a novel because she is very intentional about it, inspecting every sentence to make sure these have the kind of impact that she wants to have. Monica also remarks that, for her, writing is “ten percent inspiration and ninety percent craft.”

Monica is presently working on her second play, as writing plays is presently something that appeals to her, as she liked interacting with other creative people, which created an atmosphere different from that she experienced whenever she writes a book.

Monica Wood’s website for her book, The One-in-a-Million Boy, is monicawood.com.

Purchase on Amazon: The One-in-a-Million Boy
Posted by alvinwriters at 3:51 PM