Larry Smith on Having No Fears, No Excuses and Living that Great Career You Want

Larry Smith talks to Alexander “The Engineer” Lim, host of AuthorStory by alvinwriter.com about his latest book, No Fears, No Excuses: What You Need to Do to Have a Great Career.

Passion is an essential attribute for a great career, but it’s not enough. ~Larry Smith 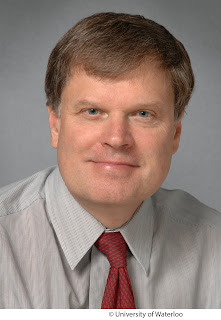 Larry knew that he would be a teacher since the age of ten, so it was perhaps no surprise that he became a professor of economics after spending some time in private companies to earn some job experience. He was also influenced by his being raised in a farm environment, as economics (supply and demand, price fluctuations, and the like) was what was discussed all the time over dinner.

Larry has also been a career counselor, and over the course of thirty years he collected a lot of data on the experiences of the thousands of students he counseled, particularly when they came to him, asking for advice; and the effectiveness of his advice was related to that Larry specialized in labor markets, so he knew the job market. It was when one of his former students organized a TEDx talk at the University of Waterloo, that he gave a fifteen-minute talk, coming from his frustration at hearing the excuses people gave for not pursuing a great career, about why people will fail to have a great career that brought him into the public spotlight, as the video was recorded and uploaded onto the Internet. Larry received so many e-mails from people around the world about that video, indicating how universal the problem is, that he was influenced to write the book, No Fears, No Excuses. Larry notes that he was also influenced to write the book because, when his students asked him if there were any good books he could recommend to enable them to have a good career, Larry could not, in all conscience, recommend any book, as he found these to be “wildly incomplete” in the information these gave and as he also admits that he is a fan of plain speaking and feels that advisors should also tell their students about the obstacles that they face.

The book is based on Larry’s database of both the successes and failures that his students have had where their careers were concerned, and he remarked that he really had to limit the number of students he talked about in his book. He says that, where excuses are concerned, he suggests that people examine the reason behind those excuses and to be present to the reality of the situation as well as why they believe that excuse. Where fear is concerned, Larry remarks that fear is very useful for one’s survival, but that fear should not paralyze people, and what people should fear most is essentially being seventy-eight and thinking, I should have done this or that.

Larry’s concept of “The Great Sampling” comes from his understanding that people nowadays have a great variety of choices when it comes to careers and that, because of that “huge mass of possibilities,” it would be impossible for a single person to go in-depth into every last thing that interests him or her to determine if that is what he or she is passionate about. Larry thus recommends that a person methodically sample a wide variety of things, starting with subjects that one has a flicker of interest in and then moving outwards from there. 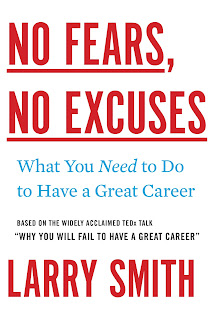 To those who would be interested in creating a great career, the one thing that Larry would say is that the world doesn’t tell one to have a great career, instead it’s telling one to settle for second best, that jobs are “okay,” and that one should lean against that mindset to create a great career. All these considered, Larry sensed that there was a way by which people can get great careers, and the more he worked on his book the more he became confident that he was giving the proper guidance.

Larry would like for people to imagine the best life for them, so they would know what their destination is, and then move to achieve that best life. He also remarks that people might not pursue great careers because they have not tasted, even momentarily, how sweet it could be, or cannot imagine what it is like to not be able to differentiate between a workday and a weekend.

Purchase on Amazon: No Fears, No Excuses: What You Need to Do to Have a Great Career by Larry Smith

Posted by alvinwriters at 3:51 PM