Alan S. Charles on Walking Out the Other Side from the Loneliness of Addiction

Alan S. Charles talks to Alexander “The Engineer” Lim, host of AuthorStory by alvinwriter.com about his book, Walking Out the Other Side: An Addict’s Journey from Loneliness to Life.

“Never give up, because the next miracle might be right around the corner.” ~Alan S. Charles 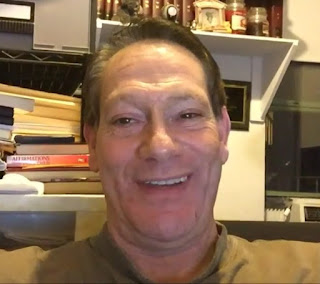 Alan had a very unstable childhood, for, at the age of nine, his father died, supposedly of a heart attack (Alan didn’t learn that he had committed suicide until decades later), after which his mother just shut down and his younger brother became mentally, violently ill. He mentions that he felt a “knot” in his stomach afterwards, as he then lived in an atmosphere of fear and anxiety, and that he began using a mantra on himself to enable himself to move along. Despite this, he went on to graduate from college and play baseball professionally and become a harness racing driver, and he still does these things today.

Alan tried out steroids and speed while he was doing baseball, but he didn’t do so for very long, as he took these only to improve his performance. Although Alan disdained people who did drugs, the first time he tried cocaine, the knot he had felt in his stomach ever since the time of his father’s death was gone with the euphoric rush that cocaine brought. Alan admits that there had been a space of several years between the time when he first realized that he was an addict, that he was in a difficult place, and the time when he finally hit rock bottom committed himself to being and staying sober.

Alan notes that cocaine addiction is a disease, and that cocaine creates psychological and physiological changes, particularly in the brain. Alan notes that, while cocaine produced a feeling of euphoria, making a rush feel great - Alan mentioned being able to stay awake for a full seven days straight during his addiction - it was the ensuing crash, which includes an experience of pain and despair, that made him crave for more cocaine. As a result of using cocaine, Alan’s rational judgement-making capabilities were impaired, making him less able to make rational choices, particularly when it came to priorities, where cocaine became, as he mentions, “the center of my life.” For Alan, Nancy Reagan’s “Just Say No” campaign, done in the 1980s, is easy to follow if one has never been a drug user, but one which an addict would find difficult to fulfill.

Alan notes that, since addiction is a disease, and that there are particular methodologies to be followed to treat it, in the same way chemotherapy and associated activities can be used to treat cancer. Alan attends meetings at both Alcoholics Anonymous and Cocaine Anonymous, and from these he works out a system of recovery based upon a spiritual program that explains how to live life. Alan now lives a healthy and happy life because of this, and notes that the subsequent practices and principles he’s learned can be inculcated into children to enable them to live proper lives and be less likely to be involved in such things as drugs.

Alan notes that there isn’t just one thing he can tell or preach to a person who’s starting out on the road to drug addiction, and that no two people are alike when it comes to consuming drugs or alcohol. Alan mentions that he can give a checklist of things to look out for, as this is a self-diagnosed disease; and given the nature of the disease it’s unlikely that the person he speaks to will listen, and then stop, just like that.

Alan had been wanting to write a book of some sort ever since he was thirty. He was four years sober when he decided to write the book, and it took him three years to finish it. The journey of writing the book wasn’t always an easy one for him, for while reflecting on his achievements was fun, confronting those particularly difficult times in his life took months of pained reflection. One of the reasons he wrote the book was so that those who are in a situation like his would realize that there is “light at the end of the tunnel.” Alan notes that those around him didn’t expect him to survive his addiction, and one of the themes in his book is, “If Alan can get sober, I can get sober.”

At the moment, Alan is following a calling to give back and help, giving speeches in colleges, schools and hospitals, and is working on creating a career in motivational speaking, using his book as the launching point. He is also considering writing another book in the future.

Alan S. Charles’ website for his book, Walking Out the Other Side: An Addict’s Journey from Loneliness to Life, is walkingouttheotherside.com. His book is also available on such major online bookstores, both in ebook and audiobook formats as well as on paperback.

Purchase on Amazon: Walking Out the Other Side: An Addict’s Journey from Loneliness to Life

Posted by alvinwriters at 1:34 AM

Email ThisBlogThis!Share to TwitterShare to FacebookShare to Pinterest
Labels: Alan S. Charles, alvinwriter.com, An Addict's Journey from Loneliness to Life, author interview, AuthorStory, being an author, books, inspiring story, Walking Out the Other Side, writing inspiration