Loren Fogelman on Mastering the Winning Point, the Mindset of Champions

Loren Fogelman talks to Alexander “The Engineer” Lim, host of AuthorStory by alvinwriter.com about her book, The Winning Point: How to Master the Mindset of Champions.


“When you feel this purpose and passion for pursuing something big… what you want to focus on is just the step before you right now.” ~Loren Fogelman 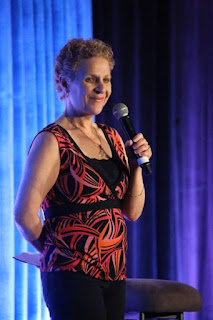 Loren started out as a psychotherapist and a sports psychologist who, at the age of forty, decided to move away from therapy and focus on sports psychology, as therapy work occurred to her as being routine and also because she wanted to challenge herself and focus on helping to create solutions. It was also at around that time that she became a competitive rower, which was also a reason why she branched out into sports psychology, as she wanted to be the best teammate she could be. She admits that she didn’t even know the coaching world existed until she began looking for something to do other than therapy.

Loren was then in a counseling agency with her husband, and it took them eighteen months for them to transition their business around her becoming a sports psychologist. She hired a business coach to help her through the transition and joined a mastermind group, which is a gathering of like-minded people with aims similar to that which one has, resulting, according to her, in “a high-functioning sports team”. Loren describes her mastermind group as a “board of directors” that give her insights and ideas, as well as call her out when she makes excuses, enabling her to succeed. Accountability is also a benefit of the mastermind group, as she remarked that one is more likely to follow through with a promise made to others than if that promise had just been made to oneself. Loren also noted that the business coaches she hired also work with business coaches to enable their businesses to succeed.

Loren noted that entrepreneurs who had a vision for their business had as much drive and as much need for success coaching, and that it would do them well to follow the lead of athletes and have a coach to show them a more efficient way towards achieving their goals. She got into coaching business people when some of the athletes she was coaching ended up working professionally and began asking her questions about how to run their businesses, and Loren noted that it was all about finding the similarities between entrepreneurs and athletes that enabled her to give them the kind of coaching that both kinds of people needed. She notes that the commonality in successful people, the athlete and the entrepreneur, is their mindset, and that the principles in their book can also work for others. The biggest stop for both athletes and entrepreneurs, according to her, is when things that they don’t expect become distractions that throws them off their game, so to speak. Loren recommends that people follow the lead of athletes, as the top athletes work with several coaches to enable them to stay successful.

Loren noted that athletes and businesspeople tend to backslide once they achieved that which they had originally set out to do, with complacency setting in and innovation stopping. She notes that remaining in one’s comfort zone results in one losing one’s edge and possibly losing one’s place to a hungrier competitor.

Loren looks at three things in her work:

Loren admits that she hadn’t thought of writing a book until she was encouraged to do so by her coach during a mastermind session. Doing so enabled her to come up with an organized system, and this has helped her own business by creating organized knowledge, creating a consistent framework by which anyone can use the principles within to achieve their goals. Where success is concerned, Loren notes that there are valuable successes “tucked into” mistakes and failures, successes that could be potential game changers. 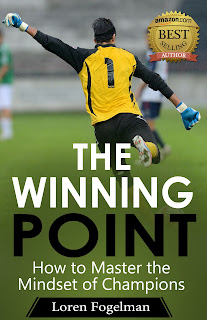 Loren’s ultimate vision is to reach as many people as she can and to impact lives by reminding people that they can do something about achieving whatever vision they have. To this end, she has created a free book for people to peruse, which is available at businesssuccesssolution.com/success.

At the moment, she’s looking more at how to help business people achieve success and at how coaching isn’t just limited to sports. Loren is thus thinking of writing a book on how to succeed in business by building a dream team.

Loren Fogelman’s website for her book, The Winning Point: How to Master the Mindset of Champions, is expertsportsperformance.com.

Purchase on Amazon: The Winning Point: How to Master the Mindset of Champions

Posted by alvinwriters at 5:05 AM