Lyn Hicks on the Art of Being a Woman

Lyn Hicks talks to Alexander “The Engineer” Lim, host of AuthorStory by alvinwriter.com about her book, The Lotus Project: The Art of Being a Woman.

“Just get to know yourself in a way that’s different from others, and in doing that, you’re gonna find a way to nourish and grow and be happy.” ~Lyn Hicks 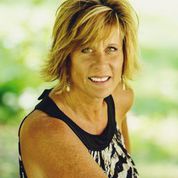 Lyn is an organic grower who had always been interested in health and well-being, and she became a serious student after her child was born and found to be colicky, as her body couldn’t properly process baby food and Lyn began researching ways to help her baby. It was years later, when she held a Vibrant Living Festival at her farm, wherein various people came in to share what they knew about topics related to health and well-being, that she learned about a different way of looking at a woman’s body and feminine energy as it is regarded in the West. It whhappened when some Himalayan masters came to her farm to teach women’s retreats and spoke about the difference between masculine and feminine energy and how these work in the body. What she learned then made real sense to her.

Lyn remarked that women nowadays tend to be apathetic and uninspired because they try to be taskmasters, which is more related with male energy. She remarks that, traditionally, women were involved in more nurturing and artistic pursuits, as women are more oriented towards picking up on senses and feelings than on using logical thought, particularly when, as mothers, they have to figure out what a baby, who cannot talk, needs. Lyn notes that, when women joined the workforce, they got placed in a task-oriented, masculine environment, one which suited men just fine, as their bodies were designed for this. The women got stressed because it wasn’t aligned with their feminine energy. As an example of the difference in genders, Lyn mentioned the difference between children, where little boys would just be going out and doing their own thing, while little girls were more interested in calm and with pleasing others.

According to Lyn, men and women approach the same task differently, with men prioritizing efficiency and being taskmasters while women prefer to converse, negotiate and take their time, as the latter, for women, is more aligned with their health. Lyn remarks that, when she began to live her life according to what she had learned, she became more relaxed and less panicky. She notes that women’s present concerns with their heart, breasts and thyroid are related to relaxation and that these concerns are due to women not moving more slowly in their lives.

Lyn notes that, in ancient cultures, male and female bodies were treated differently, while, today, science and research are based on men’s bodies and the results are then applied to women’s bodies. She points to that women in ancient cultures recognized such differences and supported each other in these roles, and while she doesn’t advocate a return to such gender roles, Lyn remarks that the wisdom learned therein could support today’s women’s health and well-being. Lyn also notes that various, present-day movements seem to be moving in this, more nourishing direction, and also notes that production needs to be nourished to be maintained.

According to Lyn, Shakti power relates to feminine energy, whereas Shiva refers to the masculine energy. Likewise, in Eastern tradition, the lotus, which is called the “Queen of Flowers” in horticulture, is a sacred flower that symbolizes becoming, rising from the muck to blossom into a thing of beauty, and she chose the flower as a symbol for women to become something wonderful as they face the challenges of everyday life. 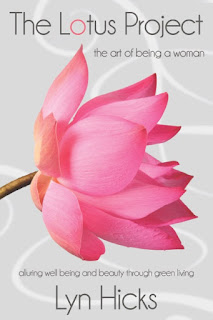 To those who aren’t aware of feminine nature, Lyn recommends that they nourish themselves more and make a list of all the things, large and small, that make them feel good, then do something every single day that relaxes and nourishes them. She also notes that what makes her feel calm and relaxed is different from what would make another person feel calm and relaxed, and that such springs from a knowledge of oneself and one’s body.

Lyn is presently a practitioner of Tai Chi and Aharaj, and teaches Egyptian dance and Persian cultures as well as meditation and nutrition and is also considering writing a book on empathy and the empathic nature of humans, as well as another book based on the blogs she had written to date.

Lyn Hicks’ website for her book, The Lotus Project: The Art of Being a Woman, is lynhicks.com.

Purchase on Amazon: The Lotus Project: The Art of Being a Woman

Posted by alvinwriters at 4:59 PM

Email ThisBlogThis!Share to TwitterShare to FacebookShare to Pinterest
Labels: alvinwriter.com, author interview, AuthorStory, being an author, books, Femininity, inspiring story, Lyn Hicks, The Lotus Project: The Art of Being a Woman, writing inspiration