Lynn Jackson talks to Alexander “The Engineer” Lim, host of AuthorStory by alvinwriter.com about her books, Child of Darkness and Lost In Darkness of The House Dorstanton Book Series.


“When I get started on my book, I don’t wanna stop.” ~Lynn Jackson 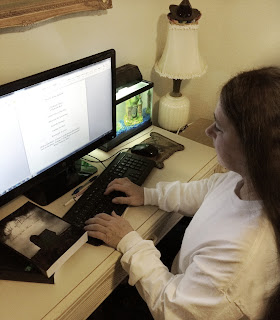 Lynn used to run a rescue farm for horses and other animals, including a manatee and an elephant. She’d lived on that farm for the past seventeen years and along with her husband and son, have contributed much to the welfare of abused animals. At the time of her interview with AuthorStory, she and her family were moving to a new home.

Lynn admits she hates to read, particularly since she says she doesn’t want to be influenced by other authors, although she admits to being influenced by the black-and-white, classic horror movies she saw as a child which never quite scared her. Lynn loves artwork apart from writing and she admits that, if she could write twenty-four hours a day, she would do just that.

She started out by writing children’s poetry and has moved on to other genres from there. Her goal in life is to write a hundred stories and she has so far written about a dozen with ten more stories in the pipeline as of this writing.

Lynn remarks that living on a farm and dealing and interacting with the animals there can bring up a wide variety of emotions that she can put into her book, and that some of the names for the animals in her stories are actual names of animals on the farm. Of all the characters she had written out, Lynn found that Jason of A Midnight Howl, really appealed to her, so much so that her hands were shaking when she was writing out a particularly intense scene. She admits to having “fallen in love” with her creation due to his being a character who was funny and plucky and one who also had to fight for what he got. 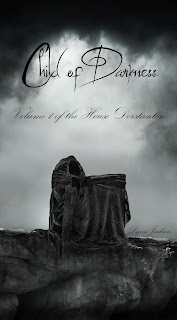 Lynn created The House Dorstanton series of books in which Child of Darkness and Lost in Darkness are the first books of a big story where vampires and all sorts of fey creatures, such as elvens and trolls, live side-by-side with mortal human beings like knights and wizards. She also doesn’t focus wholly on the main characters but also on other events, in other areas, and lands, particularly since she wants to keep things interesting and unpredictable for the reader.

The House Dorstanton series actually started around the mid 1990s, but it took a long time for her to get the series done because she would write other books while she was also working on the vampire stories, saying that there were times that a book “tapped her on the shoulder” and demanded that she write it.

The research that Lynn did for the series was based on the need for her to bring the world in the books to life, such as weapons and the way of life in the kind of era where the story would take place or is inspired by. She keeps notes on the world of The House Dorstanton Series because of the many characters and places involved. 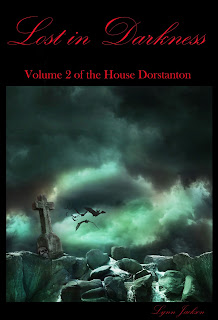 She admits that she had experienced paranormal activity throughout her life and she once lived on a farm that has the reputation of being one of the most haunted in America, although these experiences have yet to reflect in one of her books. If and when she writes a book on ghosts, these supernatural experiences would definitely find a place in the story and characters. She doesn’t have any particular person in mind when she writes her books, but she does keep their age level (adult, young adult, or children) in mind.

One of Lynn’s future stories is about Pit bull fighting, with which she hopes can make people realize the evils of Pit bull fighting. She would like to go one of these days to Las Vegas for the excitement, as well as to Africa to see the animals there, especially the elephants.

Here is Lynn Jackson’s web page for her books, Child of Darkness and Lost in Darkness

Purchase Child of Darkness & Lost in Darkness of The House Dorstanton Book Series on Amazon.
Posted by alvinwriters at 3:45 AM