Faith McDonald On the Loving End of Crazy: Finding Hope and Help to Face Your Loved One's Crippling Anxiety and Depression

In this interview, Faith McDonald talks to Alexander “The Engineer” Lim, host of AuthorStory by alvinwriter.com, about her book, On the Loving End of Crazy: Finding Hope and Help to Face Your Loved One's Crippling Anxiety and Depression.

“We can do this together. You are not alone.” ~Faith McDonald 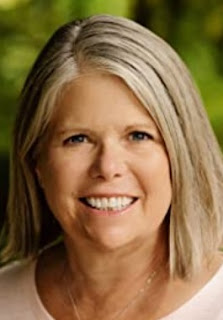 Faith is “an avid reader,” and as a writer, she feels the power of words when people tell her how her words affect them. She had always wanted to be a writer as a child, and along the way she encountered challenges which seemed to hinder her from doing so. It was in the 1980s when Faith began writing a column for a newspaper, when the latter invited her to do so, and the experience was “fun” for her, and since then she’s moved on to writing blogs.
Faith would describe depression that she writes about is a feeling of sadness, an inability to function in daily lives, rather than just “feeling sad” for three minutes. She remarks that, back in the mid-2015s, her university did a study that showed that thirty percent of college students suffered from depression so severely that they had difficulty attending classes. Faith also remarks that it’s likely that, during the present Covid-19 pandemic, even more people are likely to struggle with this, given the situation.
At the time Faith’s son, Matt, began suffering from severe depression in 2006, she wasn’t aware of depression as a disease, and she admits that it took her a long time to figure out what was going on, and then get him the help he needed. It was also Matt’s family which needed to realize and come to terms with what was going on, as well as seeking the help that they and Matt needed.
In Faith’s case, the depression of her son, Matt, was so bad that, compounded by Matt’s natural sense of anxiety, led him to getting arrested as well as becoming suicidal, which resulted in a 35-day stay in a hospital. In retrospect, Faith has realized that, while Matt seemed like a perfectly normal, happy child, he was naturally anxious, and it was when he was in his teens that such emotions became overwhelming. Looking back, Faith remarks that Matt reacted to new situations with a great deal of anxiety, resulting in him throwing up on occasion, as well as his not wanting to try new things. He also had some difficulty academically, and she had viewed his distancing during his teenage years as a normal part of teenage life. Where Matt was concerned, according to Faith, the experience was “really difficult,” feeling like he is “encased in cement” when he wakes up and thus finds it difficult to get up, and wishes that he could think of a reason to get out of bed.
Faith remarks that it is “heartbreaking” to be around someone who’s struggling, and of wanting to fix the situation but being unable to do so, as well as figuring out what part is hers to fix, what part is something Matt could figure out and what part is where others need to step in and help. Initially, Faith and her family figured that what was going on was by Matt’s choice, and it didn’t help that Matt masked his condition by attempting to cope by abusing alcohol and drugs. She then felt angry about the situation, and it didn’t help that her husband also had his own ideas, different from hers, about how to approach the situation. The situation was “disastrous,” and while Faith felt lonely and bewildered, she also learned that wishing for help is actually different from finding help - knowing who to call, finding the energy to actually reach out, and so on. She felt embarrassed when she started looking for help, and notes that crisis hotlines and a list of counselors are good places to look.
Faith admits that each of her family member’s reactions varied to Matt’s situation, with her younger daughter wanting the family to get help and with the older family members seeing Matt’s condition as a phase that he would eventually grow out of. Faith remarks that Matt’s condition is likely a lifetime condition and that he will need to manage it all his life, and that her family has grown into an understanding of Matt’s situation is about and has learned what is needed to help handle the situation. The community, for the most part, was supportive, and Faith remarks that: “If you ask for help … you can find someone to support you in getting that help,” adding that it was when she overcame her own embarrassment about seeking help that people started showing up in her life who could help, as well as who showed compassion. She also remarks that helping out someone to do such things as telephone calls - such as sitting right next to the person when the depressed person is making the call, or dialing the number the depressed person needs to dial - also works. 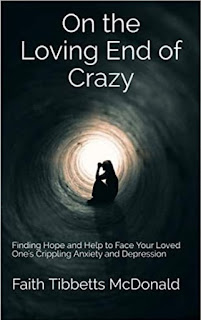 Some of the things Faith did which helped her out was praying and reflecting on that, thousands of years ago, someone went to a great deal of effort to record the words that she was reading in the Bible, as writing was a labor-intensive occupation back then, and that those words carried on for thousands of years which now reach and touch her, as well as others. “I have a great appreciation for writers throughout history who have written words of hope,” she notes. Faith also mentioned that exercising regularly helped her out, and that keeping a familiar routine also helped. She has also learned to communicate better with both her husband and her son, which was one of the main things that she learned from the counselor that she and her family consulted with.
Faith notes that she and her family are doing “better” compared to previously, because they now have better tools to deal with the situation. At the moment (wintertime 2020 - 2021), because of all the restrictions due to the pandemic, and due to the season, Matt is “struggling,” although not to the depths that he had been in before.
Purchase from Amazon:
On the Loving End of Crazy: Finding Hope and Help to Face Your Loved One's Crippling Anxiety and Depression by Faith McDonald
Posted by alvinwriters at 9:27 PM