In this interview, author Franz Sedelmayer talks to Alexander “The Engineer” Lim, host of AuthorStory by alvinwriter.com, about his book, Welcome to Putingrad: The Incredible Story of the Only Man to Collect Money from Vladimir Putin. 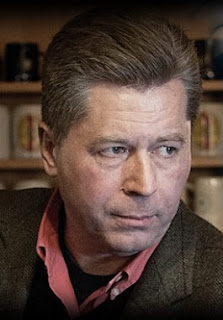 Franz decided to write Welcome to Putingrad as a way to get his own story down while within the historical context of the times that it took place, spending seven years in the former Soviet Union building his business there.

Franz had the opportunity to interact with Vladimir Putin several times over the course of his business dealings. President Vladimir Putin came from a humble background, and Franz describes him as a “Napoleon” where height is concerned, and which thus enables him to project a strong personality to others, although he could change the way he deals with people, from friendly to frigid, as needed. At the time that Franz first met Putin in Leningrad (now St. Petersburg), Putin was someone who was genuinely concerned about the welfare of the city he served and who was an incorruptible city official who called it as it was and with whom reliable agreements could be sealed with handshakes. Putin went over to Franz’s house several times, over Bavarian food and beer, particularly since he enjoyed conversing in German. Franz also, during that time, became familiar with several people who are now, or were, powerful, influential men in Russia, giving him an inside look.

Franz mentioned that Putin needed to fight for what he got, and he was a recruiter for the KGB, trained to project himself on others as their mirror to lure them in and then lead them for a short time before turning them over to other KGB handlers. When East Germany collapsed in 1989, he went to law school and then was assigned to St. Petersburg to troubleshoot the problems its first democratically elected mayor, Anatoly Sobchak, had created. Sobchak was considered corrupt and gaming the democratic system then in place to enrich himself. This meant that Putin had to work with a corrupt police and general public system and deal with problems like the Russian mafia while attempting to increase business investments in the city.

Franz notes that the loyalty that Putin displayed to the mayor became Putin’s “ticket” to joining the Yeltsin clan. Putin then became the chief of the international department of the Presidential Administration of Affairs, after which he became the head of the FSB (formerly the KGB), then, Prime Minister and then, Acting President in 2000.

Putin joined the UdPRF, which is the Office of Affairs of the Russian Federation, in 1996, when he returned to Moscow, According to Franz, the UdPRF was started by Lenin to seize and distribute the assets of the deposed Tsar and his family, as well as other Russian noble houses. The UdPRF provided everything to Party members and favorites, from good quality health care to cars, and was a billion-dollar organization back then, and those who didn’t toe the party line lost their privileges.

In 1991, Boris Yelstin took over the UdPRF, turning it from an organization controlled by the Communist Party to an organization controlled by the President. This enabled the President to control industry and any freebies given out and, thus, anyone in any organization in Russia. The UdPRF, according to Franz, is a “cash box” from where the Russians get the funds needed to conduct overseas activities aimed at disrupting economies and societies. The UdPRF has also confiscated assets from other people, such as the business Franz used to operate, and is thus a source of graft. Franz remarks that the UdPRF, by its own admission, is worth USD 600 billion, including all the companies under its umbrella, and the organization isn’t on any sanctions list, making it free to operate wherever it wanted.

Where involvement in such events as the 2016 US election and the political shift to the Right within Europe is concerned, Franz notes that UdPRF involvement is a given, and that Putin doesn’t have to order it to undertake such actions, as this is SOP for the UdPRF. Franz remarks that the Russians have given cash donations to influential people and put out notices on social media supporting these. According to Franz, the reason for doing this is to create discord and shift values related to ethics, freedom, democracy, morality and the rule of law, with the end goal of creating what are essentially puppet states that can be controlled by Russia. Franz notes that the Russians are well ahead of anyone else when doing this, giving examples of some politicians and influential people in Germany and some other nations who have apparently been recruited by the Russians and who are now in the Russians’ pocket. Franz agreed that the Russians have always been good at recruiting people from other nations, but unlike during the Cold War, when espionage and spreading Communism were the end goals, the current goal is all about money. Franz also remarked that such actions cost a fraction of what it would take to start a war to seize a sovereign nation.

Franz notes that Russia is not, economically, strategically or militarily a superpower, as its GDP is only around one-twentieth that of the United States’. Where Russia’s military is concerned, it is no longer the massive military machine or industrial complex that it once was, according to Franz, so it can no longer engage in long-term conflicts, and it now serves the interests of Putin. Franz cited the example of the Russian intervention in Syria, where the objective was to drive more refugees to the West, which would make the Western nations more unstable, and also remarked that Putin starts a limited intensity conflict somewhere to deflect the attention of the Russian people from such internal concerns as rigging elections and corruption.

Franz notes that Putin and his associates, including oligarchs who want to remain friendly with the Kremlin, are fleecing Russia, taking their wealth out of Russia because they can’t find suitably good places to put these in. Putin and his associates thus use Western laws to protect their own assets while using these funds to help conduct the operations outside Russia. Franz remarks that the Russian oligarchs always seek to curry favor with the Kremlin, and that Putin views and treats them merely as serfs.

Franz remarks that Putin has risen up through the ranks by showing a high degree of loyalty to his superiors, and that Putin, today, wants to hold on to power for as long as he can because, once he loses his position, he has “no place to go.” Franz remarks that anything Putin says today, whether in public or in private, is likely to be the opposite of what is true, which is the biggest change Franz noted in Putin. Franz also notes that, once removed from power, Putin can’t travel to other nations because someone will eventually open a criminal case against him and his associates, and that if he goes to those who legally hold his money, the latter might think it easier to ignore him than to hand over the money.

When asked if Putin still cares about him, Franz remarks that he’s not sure. That said, Franz noted that, unlike others who have attempted to go to court against the Russians, he hasn’t had criminal charges fabricated against him, and that he has been threatened less than others who have done so.

Where the average Russian person is concerned, Franz notes that he or she cannot defend themselves from those in authority, as there is no rule of law. Franz cites Putin saying, “For my enemies, the law, for my friends, everything,” and notes that there is nothing to prevent the Russian state from seizing a business or a company at will, with any resistance resulting in trumped up charges and a stay in jail. Franz notes that the present situation is similar to Stalinist times, and that the police will stop a person for a handout of money which, if not given, will result in confiscation of one’s driver’s license or one’s car, with no legal redress available. It is because of this that Franz strongly advises against conducting any sort of relationship with Russia at the moment.

Franz remarks that changing the Russian system from its present state to one which will uphold the rule of law will take a generation. Russia notes that NATO must reunite and confront Russia for its own good, or else the Russians will, in the long run, remain the winners. 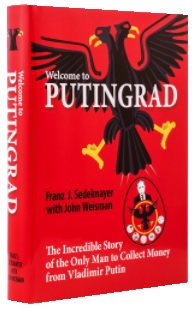 Mr. Sedelmayer is the CEO of MARC LLC, which specializes in international dispute and crisis management, and world-wide claim recovery services. He was educated at the Munich International School, attended the University of Utah, and served in the German armed forces (airborne and signaling).

In 1989 he moved to Russia and became a pioneering entrepreneur, forming the joint venture “Kamenny Ostrov Company JSC” with the USSR Ministry of Interior’s Leningrad City and Regional Police Department to supply law enforcement equipment. He enjoyed a good working relationship with the then deputy mayor, Vladimir Putin, which included his equipping and training the FSB SWAT team “GRAD” pro bono for the Goodwill Games.

To date Mr. Sedelmayer is the only claimant who has collected on a claim from this sovereign debtor. His dispute has been covered by the Wall Street Journal, the New York Times, the Economist, der Spiegel, Süddeutsche Zeitung, Newsweek (Russia), Bild, Reuters, Dagens Industri, SvD and Dow Jones among others. Mr. Sedelmayer has appeared on BBC, NPR, BR, CNN, ZDF, DW, SVT, Echo Moscow, Russian State Television’s RTR and NTV.

Purchase from Amazon: Welcome to PutingradL The Incredible Story of the Only Man to Collect Money from Vladimir Putin by Franz Sedelmayer

Posted by alvinwriters at 10:05 PM