Alena Chapman talks to Alexander “The Engineer” Lim, host of AuthorStory by alvinwriter.com about her book, The Prison Effect: Discover How You Are Blocking Your Own Happiness and Break Free to Abundance and Joy in Life.

“You never, ever know the awesome life you can have if you don’t try to have an awesome life, and all it takes is trying.” ~Alena Chapman 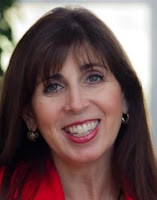 People have coined Alena as “the Master Manifester,” as a reflection of her ability to manifest things in her life, and she admits that she wasn’t always a master manifester, as she had been in her own prison. It got to the point where she stopped at a country road and told the Universe that she wanted a happy life and wanted it now, with the intention to have just that, and things started happening from there, with people coming in whom she needed at the time. She became so involved with manifesting that she taught everyone she could, initially in her hometown, and she remarked that those whom she taught began having happier lives. This made her realize that she needed to get her message out into the greater public, hence her writing the book.

Alena remarked that The Prison Effect contains the tools she used to create her life, and at the beginning of the book is included a chart which people can use to pinpoint where they are in their lives, where happiness or unhappiness is concerned. She then noted that people, once they know where they are, now have a choice whether to stay where they are or move on to the happiness that they are bound to be seeking. Alena then gave the example of, after dropping her kids off at school, meeting with other mothers to complain, which then carried into her day and showed up as her not feeling excited or being present to such things as the beauty of the day. She then remarked that it takes a wake-up call, when one truly notices that there is nothing positive in one’s day, for people to actually get moving towards happiness.

Alena notes that people aren’t happy because they are “just spinning around” in their comfort zones, and also notes that it is hard to step out of one’s comfort zone and into unknown territory. She also comments that a lot of people are not used to being happy and mentioned Earl Nightingale’s quote, “Conformity is a disease,” pointing out that the conforming nature of one’s life - work, school and the like - has been inculcated into people since childhood. Alena then remarks that, when people suddenly have the opportunity to create their own lives, they want to get back to the comfort of conformity without figuring out what it is that they really want to do, which could lead to something better for them. She then remarked that, yes, going outside of one’s comfort zone might be scary, but it’s better than living with boredom and unhappiness and regret over things not done.

Alena commented that people don’t have to take a huge step out of their comfort zone right away, but can start with small steps, such as creating a list of ten things to be grateful for every day and then feeling positive things about each item on the list. Doing so, she notes, raises one’s vibration and enables one to move into one’s day in a positive state, and she then described how to further this by asking for guidance or peace from the Universe, then sending loving light into any situation or person bothering one. Alena then recommends doing three things, every day, which one likes to keep the momentum going, as well as looking up at the sky, which is ever changing, and being present to it. She notes that this results in one opening one’s mind to the goodness in the world, regardless of one’s circumstances, after which the opportunities to move on to happier circumstances will appear and get noticed.

Alena remarked that the tools she practiced in the book gave her clarity and enabled her to deal with the worst parts of her life by enabling her to differentiate what is “smoke” and what is real - the important things in one’s life and who one wants to be and where one wants to go. She noted that what goes on inside one’s self is how one perceives the world and comments that, where one’s journey to happiness is concerned, there is a tipping point when one’s life changes, when things start happening in one’s life due to being tuned to the frequencies at which such opportunities can come into one’s life. Alena then recommended an experiment by going into one’s work or day with a negative attitude and observe what happens, then going into one’s work or day the following day with a positive attitude and observe what happens. 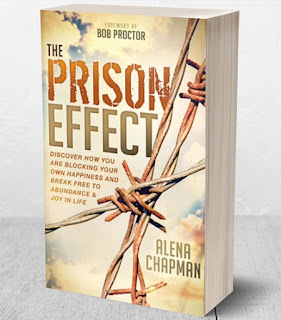 Alena remarks that she has studied with some of the best and went full bore into being happy, and has applied this in the writing of her book, which not only gives its readers a starting point of where they are in their lives but which also shows why one’s mind works the way it does and how to change old beliefs, in a way that is easy to read and understand. To those who are in their prisons, Alena recommends that they take responsibility for making their day beautiful and then going from there to change their lives.

Alena’s landing page for her book is theprisoneffect.com, and she can be reached at alenachapmanlife.com.

Purchase from Amazon: The Prison Effect: Discover How You Are Blocking Your Own Happiness and Break Free to Abundance and Joy in Life by Alena Chapman

Posted by alvinwriters at 12:59 AM