Kimberly Benjamin on Writing a Novel Even When as Busy as a Lawyer | Attorney by Day, ...

Kimberly Benjamin talks to Alexander “The Engineer” Lim, host of AuthorStory by alvinwriter.com about her book, Attorney by Day, Novelist by Night: Bring Your Book to Light While Still Practicing Law.

“If you have that passion, and you’ve had it for awhile, it’s there for a reason.” ~Kimberly Benjamin 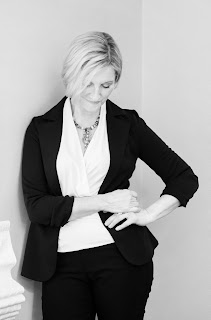 Kim might not be an attorney, but she grew up in a family of attorneys and worked with them before, so she knew a lot of them who felt they had great stories to tell but who never got these stories to print, for whatever reason. She had also worked with her sister, who is a lawyer, for five years on a novel, and that experience helped prod her to write Attorney by Day, Novelist by Night. Although the book might seem to be geared for attorneys, anyone who has a busy job or professional life can pick up the book and get a great deal from it.

Kim remarks that lawyers might read and write a lot as part of their profession, but what they write is so highly regimented, so outside their work hours they want to get into something more creative, with Kim remarking that some of the attorneys she knows are writing poems and country Western music. She notes that how busy attorneys are depends on the kind of practice they have, with litigators being swamped when they’re preparing for cases at particular times and corporate attorneys and those in contract work being freer with their schedule. Kim also remarks that all lawyers need to read a lot, and that deadlines are critical, as making these could make one’s case and missing these could cause one’s case to get thrown out. She also noted that, while attorneys need to tell a story about their case, these need to be presented in a way that is more cut and dried than creative, which is why writing a novel is a freer and more creative process than writing up cases. 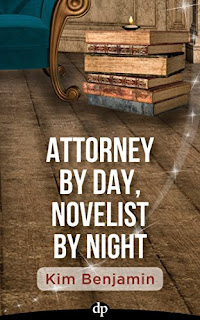 Kim remarks that around eighty percent of the attorneys she knows write, or want to write creatively, and that one of the things that keep them from writing a book - being placed in a position of public exposure and vulnerability - is common to all would-be writers; and attorneys in general need to consider how well they need to protect their name and professional reputation. She also notes that passion has to be present in anything one does, and that writing creatively can help attorneys who are somewhat discouraged with their profession reconnect with what they enjoyed about reading and writing in the first place. Kim also knows of two full-time attorneys, with their own law firms, who have written novels which are now poised to be published.

To would-be novelists, Kim says that, if they have a story to tell, then tell it, no matter how long it takes, and to start now, because they have been given a message to share, both for themselves and for their readers.

Kimberly Benjamin’s website for her book, Attorney by Day, Novelist by Night: Bring Your Book to Light While Still Practicing Law, is kimberlybenjamincoaching.com.

Purchase on Amazon: Attorney by Day, Novelist by Night: Bring Your Book to Light While Still Practicing Law by Kimberly Benjamin

Posted by alvinwriters at 12:30 AM