Hiroshi Yaita: Getting into The Heart of Work by Ryuho Okawa

Hiroshi "Henry" Yaita talks to Alexander “The Engineer” Lim, host of AuthorStory by alvinwriter.com about Master Ryuho Okawa’s latest book, The Heart of Work: 10 Keys to Living Your Calling.

“Try to follow the ten keys in this book. You will see your workplace in a different way.” ~Hiroshi "Henry" Yaita 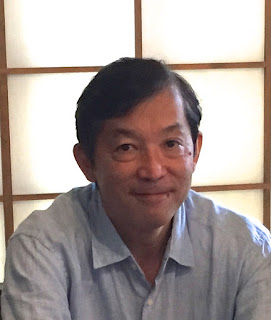 Happy Science was founded in Japan by Master Okawa in 1986, with the intention to enable people all over the world to find happiness in their lives. Since then, it has expanded to several countries in Europe and Asia, in the United States and in Russia, and is presently expanding into education and politics.

Henry himself was with a company that traded in metals some thirty years ago and wasn’t very happy with it, because he had some conflicts with his superiors when his mother loaned him a book by Master Okawa, and after applying those teachings his attitude towards work changed. He then joined Happy Science as a member and became a full-time staff member in 1994, as he was excited by the possibilities of spreading, throughout the world, the concepts that had changed his life.

Master Okawa attained enlightenment and, according to Henry, has written 2,100 books in Japanese based on what he learned, particularly after 1991, when he was finally able to converse with spiritual beings and was convinced that spirituality was needed as a foundation for human happiness. Master Okawa himself used to work in a trading company in Japan and was assigned to New York to work there, thus gaining knowledge of Western business practices as well as Japanese business practices, and as such, wrote the book so that people all over the world, be they ones who follow Japanese or Western work ethics, can be helped by the ideas within.

The Heart of Work was originally intended for up-and-coming young businessmen who wanted to achieve success, but it is actually intended for everyone, be they employees, housewives or entrepreneurs. According to Henry, the book is based on a deep understanding of humans as beings who come from the spiritual world and who have an objective to fulfill while they’re on the Earth, based on a life plan that we created before coming to this physical plane, and recognizes that we, as humans, seek out work as a fundamental aspect of being human. Henry also notes that, perhaps the most important key noted in the book is the one where work and love are related (Chapter 5 in the book), as, according to Master Okawa, work and love are the same, and that love should be the basis of all relationships with other humans, particularly since no one can do their work or achieve their objectives alone, and creating and maintaining relationships thus essential to one’s success. 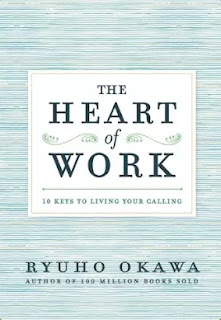 One’s calling is what one intends to achieve in one’s lifetime, and Henry remarks that one can determine what one’s calling is based on one’s own interests and skills. He also mentions that one can know what one’s calling is by figuring out which activities give one pleasure through experience, such as going through several jobs, and that one needs to find one’s inner desires and strengths through inner reflection. To those who are dissatisfied with their work and their lives, Henry points out that people think about what they can get from their workplace, such as praised and promotions, but this isn’t the way to achieve happiness and success. Focusing on other people’s needs and serving these from the standpoint of wanting other people happy, however, enables one to find pleasure, happiness and gratitude. He also emphasizes that the work we do is a blessing from God, who wishes us to find the pleasure of creation through work, and that jobs aren’t punishment but ways by which we could attain this pleasure of creation.

Translating Master Okawa’s books is the main thrust outside Japan, and according to Henry, five such translated works will be published this year, such as a book on justice and two others on meditation and enlightenment.

Master Okawa’s book can be found on happy-science.org and at okawabooks.com.

Purchase on Amazon: The Heart of Work: 10 Keys to Living Your Calling by Master Ryuho Okawa

Posted by alvinwriters at 7:10 PM