Laura Newbury talks to Alexander “The Engineer” Lim, host of AuthorStory by alvinwriter.com about his latest book, An Angels' Guide to Working with the Power of Light.

“It is important for us to ASK the Angels for help as they have no free will to intervene in our lives (unless exceptional circumstances) without being invited. They need us to ask and we must not feel greedy or selfish to ask.” ~Laura Newbury 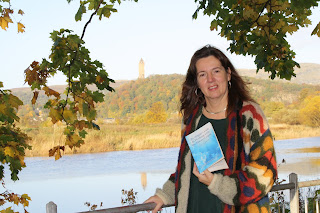 Laura lives in Stirling, Scotland and grew up in the Quaker faith, where the practice is for a group of people to gather in a circle and for anyone within who feels inspired to take charge of the meeting. Angels weren’t particularly emphasized when Laura was growing up, and she had believed that angels communicate only with mystics and the like, but one day, when Laura was out with her four-year-old twin sons, one of them got lost while they were in a park, and Laura then began to frantically look for him. It was then that she called out to the angels to surround and protect her missing son, and she heard a reply, like a clear echo, that told her “twenty minutes,” and she just knew that everything would be fine by then. Laura then returned to her friend’s house, at the latter’s suggestion, and while there, she experienced a connection between herself and her then-lost son as well as a feeling of peace, despite her frantic feeling. As expected, after 20 minutes, her friend returned to the house with her missing son, and told her that, when the boy had been found, there were several young children standing around him, as if protecting him. 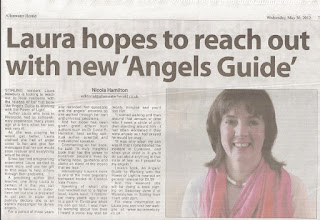 Laura didn’t think much about that incident until, eight years later, the same son got ill, which came at a time when she was experiencing terrible headaches, and one night, while she was feeling tired and in despair, she was “inspired” to write a letter to the angels. She received a reply in the form of a voice that said all would be well, and when Laura asked who was speaking the voice said that he was her son’s guardian angel, a red angel. Laura began writing “thank you” letters to the angels after that, which she placed in various locations around her house, and as she wrote those letters, she realized she was receiving replies from the angels, and one of the messages was, “Write a book… write a book.”

According to Laura, the word “angel” comes from the Greek word aggelos, which means “messenger.” Laura noted that angels are a part of just about every faith on Earth, and while angels do act as messengers, they also have other functions, such as protection and healing. The angels themselves have told Laura that they are manifestations, or the loving arms, of God, and that they carry out God’s will, abiding in the dimensions between the physical realm, which is where humans live, and the heavenly realm. They can appear as a physical being, but not necessarily in the stereotypical form of them being winged and human-like. She gave an example where, before she had all her extensive angelic experiences, she saw a large figure at the top of a mountain bathed in light, a being which had light strands radiating out from it, but she didn’t recognize it as an angel until much later.

Laura communicates with the angels visually, such as when she sees colors associated with a person’s angel, but she also hears voices and words that she describes as “loud thoughts” which she knows are from angels because they are different from how she would normally think or how she would normally write. When she wrote the book, she saw the words appear in front of her, as if on a screen. She said the angels gave the book’s contents word by word and phrase by phrase, so that she never did know the entire sentence she was writing before she actually finished them.

Laura notes that finding a quiet place is very important when enabling angelic communication. Quieting one’s mind and taking four big, deep breaths, breathing in through the nose and then exhaling through the mouth, creates a physiological state that’s receptive to talking to angels. That said, the angels can still send people messages even in the loudest of environments, if necessary. Being in nature also helps, as Laura states that the angels have told her that all life is sacred and appreciating the beauty of Nature and of the Earth creates a state of gratitude wherein the connection is made that much easier.

Laura notes that a lot of people are seeking spiritual guidance in today’s troubled times, and that the messages of angels are full of love and guidance on how to send light out into the world. She notes that the consistent message from the angels is that, if people can get in tune and follow their gifts, they can send out peace which radiates and helps others. It is the perpetuation of this that will create peace throughout the world. 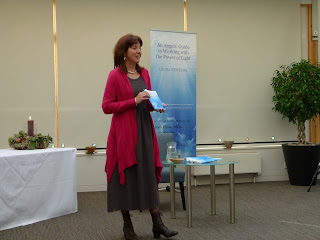 An excerpt from the book, An Angels' Guide to Working with the Power of Light, as quoted by Laura:

They say the universe is in support of life and founded on love. Fear and negative happenings come from misalignment in some way. It happens when thoughts turn from love to fear. Events occur as a result and things get worse until someone comes along to change the pattern. This creates a knock-on effect and other effects come back into their natural alignment. Your prayers go out, and even if you do not know exactly where they will go, they will arrive and help change events. You’re all connected and your consciousness is connected with all that is happening in your world. Prayers, therefore, affect everything, and the world is saved, heart by heart and soul by soul, and the power comes from the individual and the power is love. Love is the only power and love does not coerce. 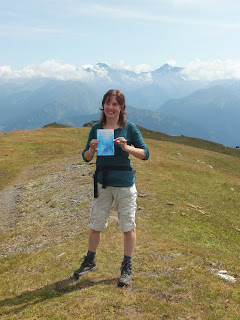 It was while she was writing the book that the headaches that Laura had been experiencing for so long finally disappeared, and this she attributes to her connection with the angels. After that, she was given methods on how to heal pain and was told to go out and teach these, which is the new path that she is now presently on. Laura remarks that she now has the strength and courage to walk this path due to her healing and angelic support. Laura notes that it doesn’t matter if you believe in angels or not, but if you is true to yourself and follow one’s own gifts and heart, and also be inspired by that which makes one feel joy and happiness, you will radiate a lot of the universal energy and will help others as well.

Laura is in the process of writing a book in conjunction with the angels of the Earth, which she says is about the environment and how we humans can cooperate with the spiritual guides of the environment to save our planet. At present, the rough title is A Devas’ Guide to Earth Healing: Messages for Our Times.

A special message from angels to people as delivered to Laura: 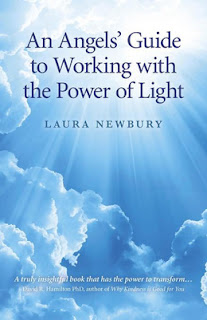 "We love you all and take great delight in communicating on things both great and apparently small. But nothing is too small for us angels and we urge you to keep asking, for our power to help is unlimited and you are not being greedy or taking another person's share by asking us. This is limited human thinking. As long as you keep a loving heart and have the good of all the world as your aspiration, then nothing can be too big or too small to ask." ~Angels' Message to People

Laura Newbury’s book, An Angels' Guide to Working with the Power of Light, can be found on www.lauranewbury.co.uk and other major online bookstores. She also has a Facebook page for the book, www.facebook.com/AnAngelsGuide. Here is the publisher's (6th Books) page for the book.

Purchase the on Amazon: An Angels' Guide to Working with the Power of Light by Laura Newbury

Posted by alvinwriters at 4:31 PM

Email ThisBlogThis!Share to TwitterShare to FacebookShare to Pinterest
Labels: alvinwriter.com, An Angels' Guide to Working with the Power of the Light, author interview, AuthorStory, being an author, How to Channel Angels, inspiring story, Laura Newbury, writing inspiration