Chris Swanson on Crushing Your Failures & Changing Your Life

Chris Swanson talks to Alexander “The Engineer” Lim, host of AuthorStory by alvinwriter.com about his book, Tinman to Ironman: 26.2 Proven Ways to Crush Your Failures and Transform Your Life Today!

"When you look at your life as a wheel, and in the center is you, all aspects of your life - your family, your finances, your personal development, your faith - all those things have to have attention, and if we neglect any one of those areas, then our life is gonna be out of balance." ~Chris Swanson 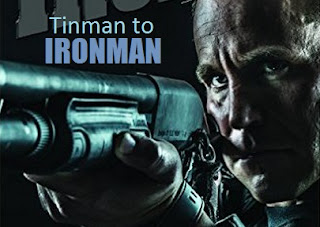 For Chris, tin is a metal that is shiny and looks good on the outside but crumples easily, while iron is a metal that might not look as good as tin - it could even look somewhat scratched and dented - but it doesn’t collapse as easily as tin does under pressure. In the year 2000, Chris realized, while looking at himself in the mirror that he was a Tinman, and after taking stock of his life, when he realized that he had been a Tinman in his physical, educational and professional lives, he decided to become an Ironman by putting certain principles in action. By doing so, he attained a Master’s degree from the University of Michigan, became a police commander in Flint, Michigan (which, according to Chris, is one of the most violent cities in the United States - a statement Forbes supports) and running his first-ever Ironman competition (which consists of a 2.4-mile swim, followed by a 112-mile bicycle route, finishing with a full marathon of 26.2 miles) in 2007, and he has done four such competitions by 2015. Since then, Chris has mentored and coached “hundreds” of people into becoming Ironmen.

The book has 26.2 chapters, which is an homage to the length of a marathon (26.2 miles), with each chapter having three parts - an “Iron Kid” story, an “Iron Athlete” story and an “Iron Cop” story, and after each story are “Iron Action” steps for readers to benchmark against and, if they’re not doing these, to implement into their own lives. He admits that the hardest part of the writing process was finding time to write the book out, as he has a full-time job and trains for Ironman competitions, as well as also wondering if people wanted to hear what he had to say, and that the easiest part of the writing process was making the title. Chris intended the book to be a simple read, inspirational, relatable, engaging and yet hard-hitting and substantial, and from the feedback he got from the people who have read it, such as the man who made his rebellious daughter read From Tinman to Ironman, it puts its points across very effectively. He also notes that the book keeps him humble and accountable, as he can’t preach the principles found in the book without first applying these to himself, and that the impact he consequently has on other peoples’ lives is a great responsibility.

Chris points out that hunger for change and development is what makes an Ironman an Ironman, while a Tinman does not have this hunger, and he sees this in a lot of Tinmen, such as fathers and entrepreneurs. Chris notes that, we can’t do anything about our genetics or about our environment, but we do have choices on how we respond, and it’s up to people to make their choices, and while there are many important qualities and traits possessed by an Ironman, hunger is the starting point for everything, and hunger springs from the hope that a particular desired future will become real. 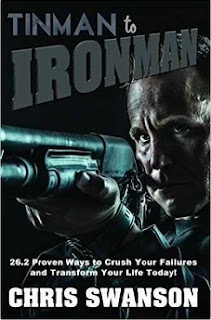 Chris has a strong spiritual foundation based on his belief in Christ, which is the key foundation of his life, and he is very present to life being cut short at any time, as he encounters the worst of humanity in the course of his work in law enforcement. He made the point repeatedly throughout the interview that all of us are students of leadership, which starts with leading oneself, and notes that, from the feedback he got, the book enables its readers to set small goals that lead up to the transformation of their lives.

Chris is already working on another book, which he mentioned is titled Blood, Guts and Things That Make You Go Nuts, which is about transcendence. Chris notes that the theme within this is about living one’s life in accord with one’s intention, and his doing so in his own life is summed up by what he hopes God will tell him when he passes on: “Well done, thy good and faithful servant.”

Chris Swanson’s website for Tinman to Ironman, is swansonleadership.com.

Purchase on Amazon: Tinman to Ironman: 26.2 Proven Ways to Crush Your Failures and Transform Your Life Today!

Posted by alvinwriters at 7:02 AM