Elizabeth K. Englander Reveals the Myths of Bullying and Cyberbullying

In this interview, Dr. Elizabeth K. Englander talks to Alexander “The Engineer” Lim, host of AuthorStory by alvinwriter.com, about her book, 25 Myths About Bullying and Cyberbullying.

“Myths can really hold you back.” ~Dr. Elizabeth K. Englander 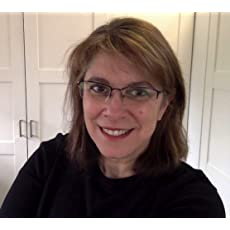 Dr. Englander is a researcher, trainer and college professor who has been studying children and violence for some 25 years. She applied for a fellowship in 2004 to found the Massachusetts Aggression Reduction Center, a center which presently works with schools around the world, creating programs designed to deal with bullying and cyberbullying, which enables the center to reach some 200,000 children a year. Dr. Englander noted that a lot of violence that, while most of the violence students experienced was violence in the school, compared to violence in the streets, for example, cyberbullying really began to pick up in 2005, due to the increasing prevalence of social media. She had always been interested in technology and how people worked with it, and she combined these two interests into her present research into cyberbullying.

Dr. Englander differentiates being mean from bullying, as being mean is an occasional or unintentional act, whereas bullying is when a more powerful individual or group targets someone who can’t defend themselves, in a continuous campaign of repeated targeting. Such campaigns are destructive and difference from mean things that happen just once, and Dr. Englander points out that what is done is less important than how it’s done and how often and how consistently it’s done, citing the example of consistent staring as one such method. She also remarks that, when a child complains about such non-physical acts, adults tend to brush off this off without asking the child the context in which such acts took place, which leads to a lack of understanding about what is going on and what the impact is on the child.

Children always give signs when they struggle with something, such as changes in their eating or sleeping patterns, or change the people they interact with, and the lack of information on what’s causing this can confuse parents, Dr. Englander notes, which means that parents need to talk to children to find out what is going on. She also remarks that this is particularly confusing with teenagers, who don’t want to talk to their parents about what goes on in their lives, but while this is so, teenagers also appreciate it when parents try to keep the lines of communication open. “You get credit, just for asking,” Dr. Englander comments, giving the example of one of her kids.

Bullying, Dr. Englander remarks, might not be rare, but it’s also not commonplace, adding that, while all kids experience meanness at some point in their lives, one in four children will be affected by bullying at some point in their lives. This is “exacerbated” by the way parents raise children nowadays, she notes. Where a parent being told that their child is being bullied is concerned, Dr. Englander remarks that the parent should stay calm and talk to the child to get the details of what is going on. The way to move forward becomes clear once such details are known, particularly since the circumstances of bullying differ from one child to another. Such details need to include where and when and how often such acts occur, as well as who is involved, and who are those who know what’s going on. Letting the school know about cyberbullying can also enable the school to help out, even if they don’t have total control over the situation, and letting the child know one can handle the situation, and creating a plan to work on, gives the child more confidence that they can be supported. “The number one reason children don’t tell their parents,” Dr. Englander says about her research, “is that their parents run around and get hysterical.” 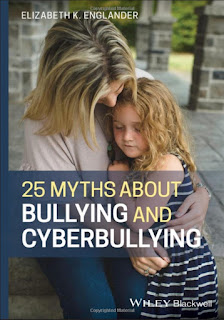 Dr. Englander remarks that she wrote the book to help make clear what does and doesn’t work, where responding to bullying is concerned, citing the myth of bystanders stepping in to confront a bully as being effective, as such a strategy could backfire. (In that situation, Dr. Englander notes that bystanders helping the target and ignoring the bully would be far more effective.) Where cyberbullying is concerned, the concept that the school can’t do anything is a myth, particularly since, among teenagers, the target is very likely to be bullied by someone they know in school, rather than an anonymous person.

The most common way for the target of bullying to get through the situation is by getting social support - being around friends and family and people who can show that one is a likeable person - as well as pursuing one’s own interests, which help one feel good about oneself. “This is true for adults as well as for kids,” Dr. Englander also adds, remarking that such is a learned skill that needs to be taught to kids. She also remarks that these are “anxious” times for parents, and that focusing on human connections and getting away from screens really pays off where creating more resilient and more able children are concerned.

Purchase from Amazon:
25 Myths About Bullying and Cyberbullying by Dr. Elizabeth K. Englander

Posted by alvinwriters at 1:16 AM