In this interview, Judy Bebelaar talks to Alexander “The Engineer” Lim, host of AuthorStory by alvinwriter.com, about his/her book, And Then They Were Gone: Teenagers of Peoples Temple from High School to Jonestown.

“Trust your own perceptions.” ~Judy Bebelaar 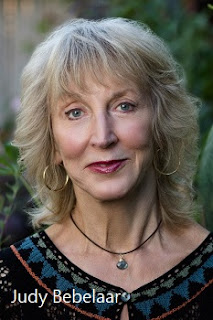 Judy has a Master’s in creative writing who wrote her first book of poetry while in third grade, and it was largely because of the support of her teacher at the time that she decided to become a teacher, herself. She has taught creative writing for decades and has published books with her students’ poetry in it, some of which have won awards. “Literature is not only the voices of others but their own voices and their own stories,” Judy says about her students’ writing. Her classes included her sharing her own writings whenever her students did so, remarking that “it was only fair.” She also commented that sharing her feelings and thoughts with others was somewhat scary, but it was through such sharing that her classrooms became a community. Judy also remarks that it is by sharing their stories that children realize that others have undergone something that they, likewise, had undergone. It was under her guidance that the students under her produced literary and art calendars which contained their writings, calendars which garnered national awards and attention.

Ron Cabral, who had, like Judy, taught teenagers of the Peoples Temple at San Francisco’s Opportunity II High School, remarked that it would would be good to write a book about the teenagers from the Peoples Temple that they knew after watching a play in 2008 where the name was spelled as “The People’s Temple,” as a way to memorialize them. And Then They Were Gone is thus a story about the students, and while Judy and Ron didn’t initially really know what went on inside the Temple in detail until they did research on for the book, when they spoke with survivors and other sources who filled them in. Judy points out that teachers rarely lose a lot of their students all at once, and writing the book also helped her and Ron come to terms with their grief. 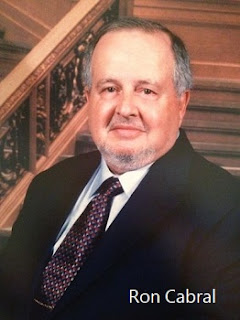 “Don’t drink the Kool-aid” is a phrase which has reached common currency, and Judy points out that using it without knowing the horrific circumstances behind the phrase. Where the killing was concerned, Judy notes that the babies were killed first, which was something that Marceline Jones, the wife of Jim Jones, would very likely have objected to.

Jones was charismatic and appealed to the idealism of young people to pull them in and also had people who assist him in the process. He recruited people by showing the beauty of Guyana and the paradise that they would live in, but didn’t mention such details as the nearest grocery being a 27-hour trip, including a leg by boat, from their camp, or that nobody would be allowed to leave. Jonestown, in Guyana, was essentially a jungle prison camp where Jones ruled through fear and terror. The community’s members were mostly good people who wanted world peace, but the place itself was overcrowded, where the elderly were kept in bunk beds in a single dormitory, and where horrific punishments were meted out. He would hold meetings which would last until the early hours of the morning, and no matter what one’s age, nobody was allowed to sleep, no matter how sleepy or tired they were, and those who did so were punished. Jones would also conduct fake suicide rituals, where people would knowingly drink a supposedly poisoned drink and find, afterwards, that what they drank was actually harmless. People from within the Peoples Temple escaped and attempted to get word out of what was going on, in an attempt to avoid some future tragedy, particularly since people they loved were living there without their permission. This eventually led to a congressman and some members of the press actually visiting Guyana to see what was going on. Jones also loved taping his speeches, and Judy notes that, in the available recording made during the night of the mass suicide/murders, Jones stopped the recording 32 times, likely so that the sounds of people screaming and protesting and suffering wouldn’t be recorded.

When Judy and Ron researched their book, they reached out to people who had known people there, and Judy mentions Steven Jones, who was Jim Jones’ sole biological child and who was particularly helpful with their research. Judy relates that Steven remarked that he was more likely to carry a rifle than a baby on his lap while at Jonestown, and that the event and its aftermath weren’t easy for the survivors. She also notes that people undertook acts of kindness, such as not even saying that one was homesick (which could be told to Jones by someone who wanted to get on his good side), or of a boy who grew food outside the compound which he traded with the local people (he got punished when he got found out), which Jones would have considered treason. Judy also mentioned that, despite Jones’ strict rules and consequent punishments against such, some Temple children, who weren’t allowed to ride such conveyances as motorcycles, eagerly did so when invited, and that non-Temple teenagers got involved romantically with Temple teenagers. 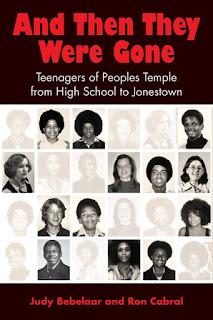 In the book, Judy included works from the Temple teenagers she and Ron taught, to give a sense of what kind of children the Temple teenagers were. She remarks that people are now wanting to know more about such things that happened in the 1970s, such as the war in Vietnam, and which was the decade when the Jonestown murder/suicides took place. To those who might be involved with organizations like the Peoples Temple, Judy refers to what Steven Jones refers to as the power of peer pressure where, if one sees that everyone is doing the same thing, even if it feels wrong, then they must be doing something right.

At the end of the interview, Judy repeated passages from the book’s foreword which, for her, gives the rationale for remembering such horrific events.

Purchase from Amazon: And Then They Were Gone: Teenagers of Peoples Temple from High School to Jonestown by Judy Bebelaar and Ron Cabral

Posted by alvinwriters at 4:42 PM