In this interview, Jessica Joines talks to Alexander “The Engineer” Lim, host of AuthorStory by alvinwriter.com, about her book, Dare to Believe: 12 Lessons for Living Your Soul Purpose.

“The Universe does not put a dream in your heart where there is not some path of abundance towards.” ~Jessica Joines

Purchase from Amazon: Dare to Believe: 12 Lessons for Living Your Soul Purpose by Jessica Joines 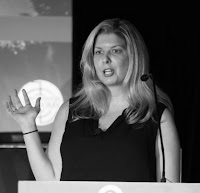 Jessica’s parents were the first in their families to graduate from college, and from childhood Jessica was taught to work hard. That said, she wasn’t told to not pursue her dreams. When she entered the job market, she adopted a “survival consciousness” mindset, which meant that following her passion felt frivolous throughout her stay in the corporate world for around 15 years. She suffered panic attacks from early on, and while she persisted in corporate life she told herself that she couldn’t believe that what she was doing was what she would be doing - and she called the tasks that she was doing “repetitive” - for the next few decades. She noted that she took a lot of career assessment test and pursued all traditional avenues but she didn’t find the answers she was looking for. This led to her feeling that the kind of life she was to lead becoming less acceptable over time, and she began asking if this was what was meant for her, remarking that “Life can’t be about being paid to suffer.” Things came to a head when she was so “broken” with the way her life was going that she took a year off to travel; and it was then that she promised herself that she would “figure this thing out,” which essentially meant figuring out what her purpose was and to explore it.

Jessica felt compelled to share what she had learned in the course of her journey of self-exploration, and she chose to publish so she could get her message out as expediently as possible. She read up on a lot of spiritual teachers but, at the start, didn’t know how to apply their teachings to her everyday life and so began creating her own practices which she found applicable to her own life. She remarks that the story about sticking to a job one hates so one can earn money comes from a place of fear, with people believing and living that story, and that following one’s dream leads to abundance for oneself. “Do you think the Universe puts a true passion and desire and dream for your life within your heart that you really are excited about and want to do, which only leads to a path to poverty?” she asks.

One of the main lessons Jessica wants to impart to others is to believe that one has a life purpose, and points out that, in her previous life, she believed that she was exempt from such, as only special people had a life purpose. Jessica remarks that, while this realization is the most difficult to accept, once one has come to that realization, everything else falls into place.

Jessica defines fear as “false evidence appearing real,” and notes that it took her some time to understand this and that she still struggles with this concept. She notes that, when one meditates, there are two voices that speak out, with the louder one being the voice of fear and one’s ego and the second, quieter one being the voice of one’s higher self, and that, 99% of the time, the voice of fear is incorrect. Rather than outright believe the voice of fear, Jessica presently works to pause and think about the issue within herself which is ready to be healed, as it is this issue which fear gives voice to. The example she remarked on is that, if one follows one’s dreams, one will live in poverty, which indicates a need for one to recognize one’s own beliefs about what the universe is and isn’t, as well as the issue that one is unworthy to receive abundance. Other issues could also be related to trusting others or that one isn’t talented enough, and Jessica remarks that getting to the source of the fear can be as confusing as one allows it to be, as the ego might not want that issue solved. That said, Jessica says that, if one is quiet enough and honest enough with oneself for five minutes, one will know the issue behind the fearful thought.

For Jessica, love is the recognition of oneness, as it is an energy, adding that, every day, she has a choice of aligning either with the energy of love or the energy of fear. She notes that she is aware that she is aligned with the energy of love when she walks down the streets and feels love for, and a connection with, the strangers she sees. She also believes that all of us are here to heal the “disease of separation.” On the topic of love, Jessica remarks that love songs are all about one thinking about oneself and not about oneness or about the other person. 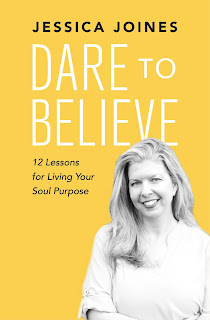 For Jessica, spirit is an energy which is the essence she would feel from anything, including herself. Spirit is something within oneself, Jessica believes, and the more one quiets oneself and anchors oneself in love, the more one experiences one’s own spirit. Succumbing to fear, on the other hand, shuts down one’s heart and causes a lessening of the experience of one’s spirit. She remarks that, when one realizes that one is it, that there is nothing needed to bring into oneself because all that is needed is for one to allow out that which is within oneself, one’s perception shifts from fear to love. Jessica reflected that she had done such things as vision boards in the past, but that these came from a viewpoint of lack, e.g., “I don’t have this, so I have to manifest it and bring it in.”

Where abundance is concerned, Jessica notes that her shift came with the belief that she is already abundant and all that needs to be done is to let it out. Perceiving abundance in everything is also part of that shift. 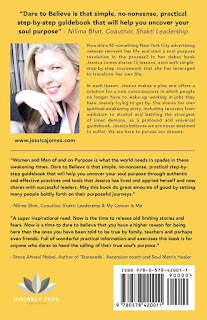 One of the most important lessons Jessica wants to share is that one’s heart, alone, knows what one’s purpose is, as one’s purpose isn’t something to be figured out. Rather, one’s purpose is revealed by anchoring to one’s heart, then trusting and believing that what one finds there is the truth. “You’re not gonna think your way to your sole purpose,” Jessica notes. “It’s about getting quiet and getting in touch with what you love, what you dream about, and whatever that is that is in your heart and trusting whatever’s there.” Jessica also notes that, when one starts out with this work, a lot of negative messages (“That’s outrageous!”) will come up, and that it is important to consider these as clues. She notes that it’s about being really observant and honest and true with oneself about what one really, really wants, by which one discovers one’s purpose.

Jessica also brings up the lesson of “believing what you want with conviction” and that “the truth that is in your heart is often more real than the one that you see,” she points out, and that people need to keep that in mind as they progress in this work.

Purchase from Amazon: Dare to Believe: 12 Lessons for Living Your Soul Purpose by Jessica Joines

Posted by alvinwriters at 3:43 AM