Lynn Jackson on Mermaids and Aiden, the Merman Prince of the Sea

Lynn Jackson talks to Alexander “The Engineer” Lim, host of AuthorStory by alvinwriter.com about her merman book, Aiden: Prince of the Sea. 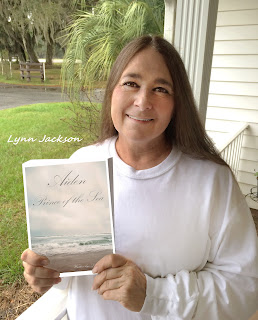 Lynn had always loved anything to do with the sea, and had always been interested in mermaids. To be different, however, she decided to write a story with a merman rather than a mermaid, and this was how she came up with the story, with Aiden being a merman prince. The other main character in the story, Dana, is a sixteen-year old girl who wasn’t in the popular set in high school and was bullied for the wrong reasons, and over the course of the book, they teach each other various things about each other’s society and world. Lynn also wrote the book in a way that reflected the ways by which we humans, as a species, interacted with our environment - both the good and the bad impacts humans have had. Dana remarked that it’s a family story which adult readers can enjoy as well, and she hopes that this opens up the “child’s heart” in adults.

Dana had started out as an author writing children’s stories, so despite her also being the author of the dark House of Dorstanton vampire series, it wasn’t a stretch for her to write Aiden: Prince of the Sea, whose fantasy characters aren’t broody vampires. She admits that there is an aura of beauty and fantasy about merfolk that make them attractive to the ordinary people, and she noted that she made Aiden as real as she possibly could, including such details as what Aiden eats and what his enemies are, to the point of making him a bit of a “smartass” (in Lynn’s words) so that the reader could believe that he exists in reality. Lynn also did research on such things as surfing, which is an integral part of the story, as well as on sharks. 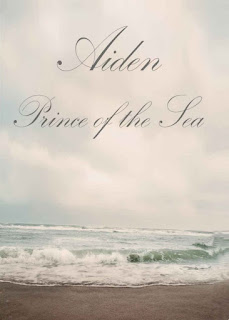 It took Lynn around three months to write Aiden: Prince of the Sea, but she admits that the editing process took up a lot of time. Lynn admits that she goes over the stories she writes four or five times over, after which she has her husband, Mark, and others whom she trusts, look them over as well to make sure the words are correct, and admits that, sometimes, corrections are spotted only after a manuscript has been checked over around a dozen times.

To those who are considering writing a fiction book, Lynn recommends that they pick something they enjoy and then go with the flow of things. She recommends thinking up personalities and the character’s environs, including friends and enemies. She says that a lot of her characters in her stories just grow on their own and gave troll characters, which are always antagonists, as an example.

As of this writing, Lynn has come up with a new Christmas story which she hopes to get released before The Holidays, and is also still working on the House of Dorstanton series. She has also released Taming the Steel, which is a modern Western/steam punk science fiction story, as well as Hauntingly in Love, which is a ghost story. Aiden: Prince of the Sea, is a bestselling book in England.

Purchase on Amazon: Aiden: Prince of the Sea

Posted by alvinwriters at 4:32 PM