Dr. Sandeep Grewal talks to Alexander “The Engineer” Lim, host of AuthorStory by alvinwriter.com about his book, Fat-Me Not: Weight Loss Diet of the Future, which he co-authored with Dr. Myo N Mwe.

“Weight loss happens because of the changes in the diet.” ~Dr. Sandeep Grewal 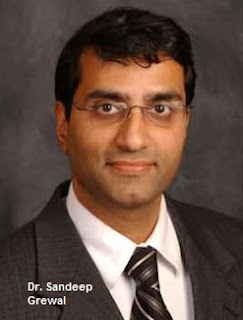 Dr. Grewal and Dr. Nwe have both been practicing internal medicine in South Carolina for nine years, and the pair focus on helping people lose weight the right way, and based on the latest scientific research, as doing so enables people to improve themselves physically (risk of cancer goes down and blood pressure improves, among others) as well as to improve their way of life. Dr. Grewal’s and Dr. Nwe’s intention for writing the book was to let the average person know that losing weight isn’t as complicated as it might have seemed and to present the latest scientific evidence for the right and wrong things to do where weight loss is concerned.

Dr. Grewal remarked that consuming beverages that are rich in sugar, such as sodas, is merely about the calories in that drink, but in reality, consuming either drinks that rich in sugar or eating foods with a mix of fat and sugar (such as cakes), based on research done on lab rats (which are used because their bodies mimic the reactions of human bodies), probably make the imbiber of such drinks eat more, to the point of displaying binge eating behavior, than they would have if they didn’t take that drink or eat that particular type of food. Although the mechanism for this trigger is still being researched, Dr. Grewal opines that this has something to do with the weight regulating centers within our brain, which is located within our hypothalamus. 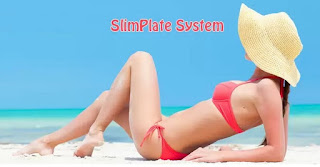 Dr. Grewal also noted that artificial sweeteners - the kind found in “diet” drinks - tend to make people crave junk food, based on MRI scans done of people who regularly consumed such beverages, and he has seen, in his practice, that the patients who craved junk food reduced their craving over time as their consumption of artificial sweeteners was reduced, likewise over time. He also says that, if our brain craves for sugar, we should give it sugar so it wouldn’t switch over to craving for other foods, and also notes that people should check the sugar serving information on the foods they eat to ensure they don’t consume more than eighteen grams of sugar in a single sitting, as consuming too much sugar at one time results in a high insulin spike that causes the body to convert this sugar into fat. 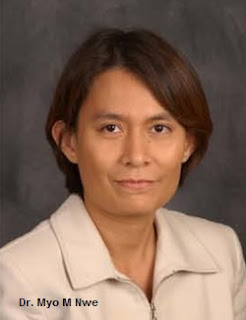 Dr. Grewal and Dr. Nwe developed the SlimPlate System as an easy way for people to lose weight in a way that they wouldn’t need to learn all the nutritional science behind such. Where Dr. Grewal is concerned, the three criteria for a good weight loss system are: it should be easy to do, it should allow real food to be consumed and that it changes eating habits. The SlimPlate System consists of four steps designed to, within a period of four months, ultimately enable someone to eat healthy for the long term, rather than just consuming a diet just for the short term and then reverting back to previous dietary habits once that diet is done. Dr. Grewal remarked that the SlimPlate System has enabled people to lose anywhere from fourteen to twenty-three pounds in three months while still consuming food they were familiar with.

Dr. Grewal recommends that people not skip any meals, and, indeed, the SlimPlate System is designed around people eating three major meals and then snacking twice between meals, as eating food once every four hours boosts metabolism. Skipping breakfast, he remarks, results in the body experiencing a sixteen-hour fast that reduces the body’s metabolism by up to 50%. 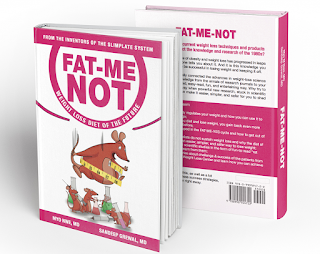 Where children’s food consumption is concerned, Dr. Grewal recommends that children have breakfast before they go to school, as the brain uses glucose to function and learn, and not having breakfast would make them less capable, mentally, in addition to the aforementioned effect of slowing down their metabolism. Cafeteria food is high in carbohydrates and fat, which is not good, so Dr. Grewal recommends packing a good lunch with lots of colors included, so that these will appeal to children, as well as including snacks with eighteen grams of sugar, maximum, per serving. Dr. Grewal recommends using lean meat cuts and whole wheat bread as well as cutting sandwiches into shapes that will appeal to children, as well as cold pasta salad with nuts and raisins sprinkled on these. He also recommends taking children along when shopping for vegetables so that the children will take ownership of these and will thus be more likely to consume them. Where sugary drinks are concerned, children shouldn’t take more than once a week, and no more than eight ounces at any one time. Fruits and nuts are likewise an option, and M&Ms can also be mixed in with these to keep the food interesting to children.

Dr. Sandeep Grewal’s websites for his book with Dr. Myo M Nwe, Fat-Me Not: Weight Loss Diet of the Future is fatmenotbook.com, slimplatesystem.com.

Purchase on Amazon: Fat-Me Not: Weight Loss Diet of the Future
Posted by alvinwriters at 9:19 AM