Dr. Patricia Jennings talks to Alexander “The Engineer” Lim of AuthorStory by alvinwriter.com about her book, Mindfulness for Teachers: Simple Skills for Peace and Productivity in the Classroom.

"We often get depressed about the past - what happened in the past. When we focus our attention on the present, it helps reduce both anxiety and depression." ~Patricia A. Jennings 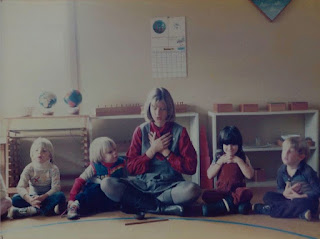 Patricia had always wanted to work with children and enjoyed working with them, which was the reason she went into teaching. She spent her first twenty-two years as a classroom teacher, after which she taught teachers, and it was over the course of that time that she realized how emotions can interfere with teaching, for, as she pointed out, both teachers and students are essentially held captive in a single room for a particular amount of time, and if the students complain and grumble and are generally not receptive to the teacher, this has an effect on the teacher, who reacts with such emotions that result in anxiety, thus making the experience rather stressful on the teacher.

Patricia had been practicing mindfulness and meditation even before she started teaching, and she realized that her practice of meditation helped her manage the emotional demands of being a teacher in a classroom full of children. She observed that, often, the behaviors that the teachers needed to manage created a negative emotional reaction in them, such as anger and frustration, and that the beginner teachers had a difficult time reflecting on such experiences. Patricia realized that teachers could benefit from practicing mindfulness, but she didn’t do so until she had done more research on the topic, which led her to get her doctorate studying stress and coping, after which she developed programs to help teachers manage their emotions through mindfulness, and gave the example of a beginning teacher who, after undergoing training in mindfulness, was able to make a subject that her students greatly resisted, interesting. 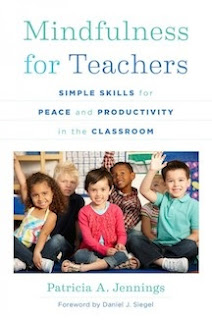 Mindfulness for Teachers was an opportunity for Patricia to bring together several threads that she had been working on over the years and present these in a way that the average teacher could get, so that they could be more responsive and become better teachers. She mentioned that one of the reasons she was interested in writing a book was her experience dealing with intern teachers, some of which she trained. She mentioned that Daniel Siegel, a clinical professor of psychiatry at the UCLA School of Medicine, recommended her to his publisher when the latter asked if he knew anybody who could write a book on mindfulness in education, and Patricia was up for the challenge, particularly since she had been thinking about writing a book but didn’t know how to get connected with the publishing industry.

The concept of mindfulness is based on Jon Kabat-Zinn’s work, which is based on stress reduction, and the definition of mindfulness is “paying attention to the present non-judgementally.” In other words, being aware of what is happening in the present moment, both within oneself and outside and oneself in a way that these are perceived very clearly. Mindfulness might be inherent in some personality traits, but it can also be practiced and can help people realize their conditioned responses to particular situations, such as being late. 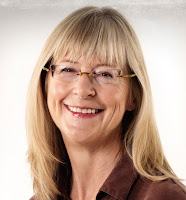 Patricia notes that research is presently ongoing on mindfulness, mostly conducted on adults, and practicing mindfulness has shown that it can reduce depression, anxiety and pain, as well as change parts of the brain that are related to regulating emotions and improving the response of the body’s immune system. She hopes that as teachers learn mindfulness skills, they would be more likely to stay in the teaching profession, particularly since teachers spend a lot of time on other activities outside of the classroom still related to teaching students - in other words, their work doesn’t end when classes do.

Patricia hopes that, at the end of the day, mindfulness can help teachers do their work in the classroom by understanding the entirety of the students they teach, particularly those who have suffered trauma and are acting out negatively due to that. She sees mindfulness as directly helping students as well. She says she wants to return to teaching students at some point in the future and use all the tools and techniques that she has learned over the years. She’s found her calling in teaching and she definitely has no desire to return to being a secretary for a real estate agent, which was where she started her working career. We should all be thankful for her choice.

Purchase on Amazon: Mindfulness for Teachers: Simple Skills for Peace and Productivity in the Classroom
Posted by alvinwriters at 5:57 AM