PLAY THE VIDEO AND LISTEN TO THE INTERVIEW WITH ERICA HERSELF.

“Shame was the driving force in the way my addiction manifested.” ~Erica Garza 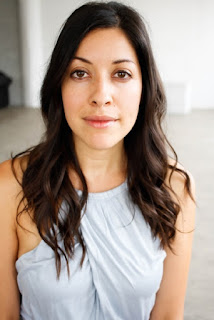 Erica decided to write Getting Off for several reasons, one of which was her using writing as a way to deal with difficult emotions and gain perspective on her life. It was because of this that she felt most at home with the Hoffman process (which is a seven-day retreat where writing is one of the methods involved) to help her come to terms with her own sexual addiction, and the seed of the book was an essay she wrote on the topic. Writing the essay was challenging for her, and after she posted it online, she received a lot of emails from people who felt isolated, alone and ashamed with their own sexual addictions. The responses encouraged her to write more and the result was book she eventually authored.

Sex became an escapist crutch for Erica to lean on as she grew older, and her leaning on that crutch was enhanced by the growing presence and ease of availability of pornography on the Internet. Having sex with men also added to this crutch, and even then Erica used sex to help hide her emotions and self away from others, as she found connection and friendship to be challenging; and this made her lonely. This desire to shield her emotions was also what led her to sabotaging any relationships where she felt she was getting emotionally close to a man, so she could maintain her emotional distance.

Erica points out that women, just like men, can be sex addicts and watch and view the same kind of pornographic material that men look at, and a lot of her emails bear this out. Where conversation is concerned, however, women don’t speak publicly about this issue, which only adds to the layer of shame which sexually addicted women already feel. She points out that being told by others that something which one is experiencing “doesn’t exist” results in that person shutting down, and that this resulting isolation, silence and shame only fuels addictions even more, whereas bringing these issues out in a safe and supportive space results in healing.

Erica notes how sex addiction, and the drivers for this, vary from person to person, and the best indicator is to ask oneself the questions:

Isolation was a big result of her sex addiction on herself, which fed into her feelings of shame, worthlessness and self-loathing. Erica admits that the people around her, family included, most likely felt neglected, as she felt that they weren’t worth her time. She notes that other people can most relate to her experience of being lost and stuck in the kind of negative feelings she experienced.

Erica did not hit “rock bottom,” which is a common wake-up call for those addicted to drugs and alcohol, as she gradually realized her sexual addiction over time. That said, she finally realized what was going on after she deliberately sabotaged a relationship and also realized that she would be turning thirty soon, and she then decided to do things differently, which led her to her trip to Bali, where she began figuring things out.

Breaking her sexual addiction required Erica to break the patterns which enabled these, and one of the things which helped her do so was to create boundaries where she could still be sexually exploratory in a way that didn’t hurt those whom she loved. For her, moving on from becoming a sex addict was all about finding moderation and balance, as well as dealing with the feelings of shame and unworthiness that drove her sexual addiction in the first place. Telling the truth, for Erica, is the most powerful way to come to terms with her sexual addiction. 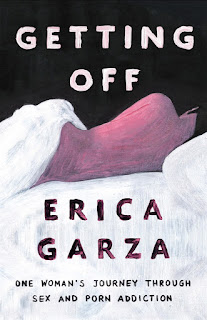 To those in a similar situation that she was in, Erica recommends that they find someone to talk to, one who can listen from a space of non-judgement. Erica also strongly recommends that they go to a Twelve Steps meeting, where they can meet with like-minded people and talk about their concerns in a safe environment. She also notes that, for some people, a single method, e.g., just Twelve Steps or just yoga or just meditation, might not work, and that a combination of such methods may be needed to reclaim balance in their lives.

Posted by alvinwriters at 10:58 PM